Inmates to take over Caper Acres clean up 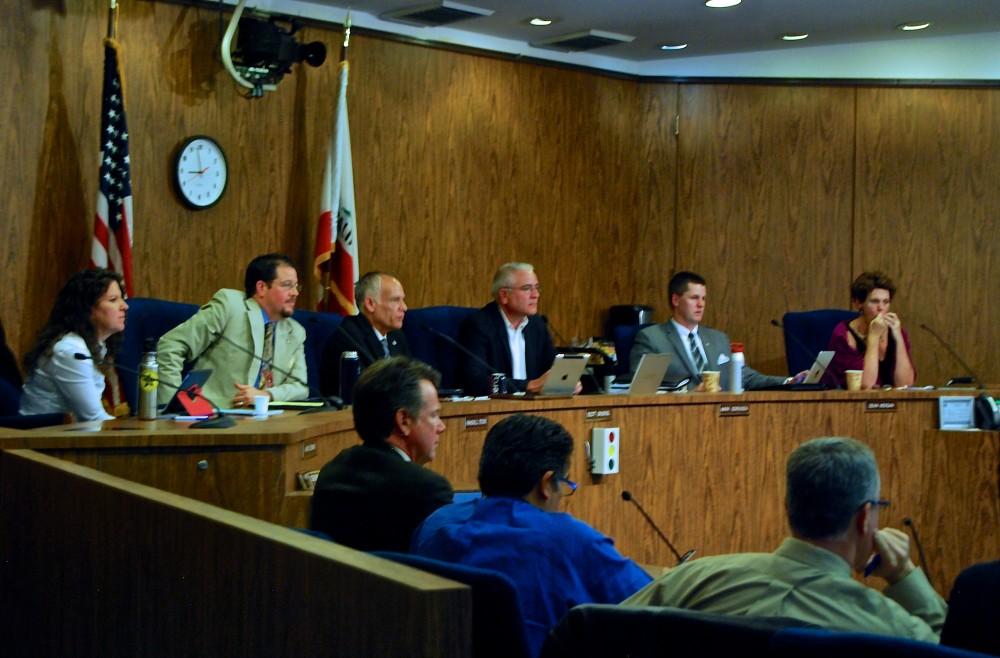 Photograph by Kasey Judge The Chico City Council met Tuesday, during which a new plan for the maintenance of a children's park, Caper Acres, was approved.

The City Council approved a plan on Tuesday to have inmates on home detention perform park maintenance to keep a children’s playground open.

Alternative Custody Supervision personnel are non-serious offenders who are supervised by the Butte County Sheriff’s office through an electronic ankle bracelet. They will provide maintenance support in Caper Acres and other parts of the park, allowing city staff to keep the playground open six days a week.

Council member Randall Stone requested that the item be added to the agenda, and the council voted unanimously to approve the agreement.

“This is exactly what the community is demanding us to do to keep Caper Acres open and keep the park maintained,” Stone said.

Stone said the work being done is not skilled and does not displace any city employees. Chris Bolshazy, a Service Employees International Union representative, raised concerns that the arrangement may conflict with their contracts and will be meeting with the city attorney to make sure that is not the case.

Mayor Scott Gruendl pointed out that volunteer work is always welcome in Bidwell Park, regardless of the city’s financial situation.

“Even in good times we do not have enough resources, income and staffing to really do the park the justice it deserves,” Gruendl said.

Local company ServPro has been volunteering in the park since July 30, after budget cuts resulted in Caper Acres being available to the public only three days a week. Their arrangement, which allowed the park to stay open the standard six days, ends on Nov. 1, at which point the alternative custody program will take over.

· They approved a supplemental appropriation of $260,000 to prepare roads that were impacted by a septic-to-sewer transition in the Nitrate Action Plan area around Pillsbury Road.

· The council agreed to restore a previously laid-off street tree worker to a part-time, fully benefited position for two months at a cost of $10,000. In December the city will evaluate whether using the outside contractor is more cost-effective than city staff.

· They also approved the establishment of an annual $150,000 capital reserve within the parking fund that would be used for rehabilitation and reconstruction of parking facilities.