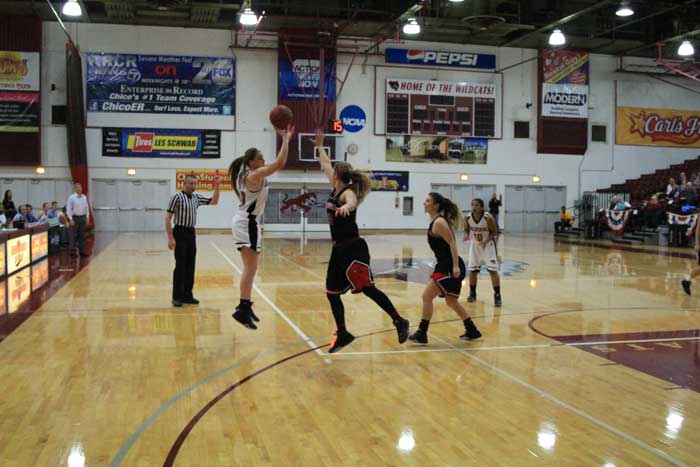 After a hot start to the game, the Chico State women’s basketball team could not recreate its opening form and lost 55-53 in a close game against the Cal State East Bay Pioneers at home on Friday, Feb. 5.

The loss drops the Wildcats season record to 9-10 and 4-9 in conference play.

First quarter: The Wildcats would be the first team to score and quickly jumped out to a big lead, but the Pioneers would not take long to get back into the game. After Chico State’s hot start, the team cooled down and opened the door for Cal State East Bay to take the lead.

Second quarter: The second quarter picked up where the first left off. The Pioneers came out and quickly asserted its dominance over the Wildcats. Thanks to its hot 3-point shooting, Cal State East Bay was able to gain a big lead over Chico State. The Pioneers outscored the Wildcats 15-6 during the quarter and headed into halftime leading 33-17.

Third quarter: After the break, Cal State Easy Bay continued its hot shooting from the 3-point arc. The ‘Cats continued to play hard but could not take the lead. For all their hard work the Wildcats could only come within eight points.

Fourth quarter: During the final quarter of play, the Wildcats were finally able to get cut into the Pioneer’s lead. The Wildcats improved 3-point shooting helped them cut into the deficit and made the game go down to the wire. In the closing seconds of the game, the Wildcats had a great opportunity to tie or win the game, but could not get off a shot in time and ended up turning over the ball. The turnover would cost the Wildcats the game.

The Wildcats next game will be on Saturday, Feb. 6 at home against Cal State Monterey Bay.