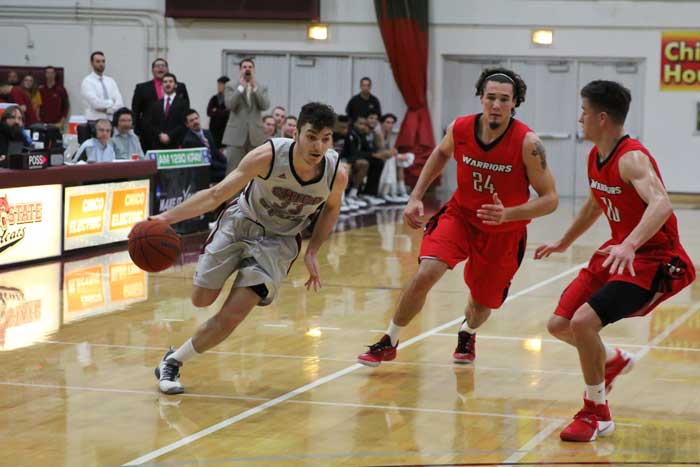 The win puts the team at an outstanding 18-3, with a 12-2 record in conference play, good for second place behind UC San Diego.

The Otters started off strong in the first half, showing that they would not go down without a fight. The ‘Cats did not lead at any point during the first half, but an emphatic dunk from forward sophomore Isaiah Ellis and a 3-pointer from guard sophomore Jalen McFerren brought the game within two going into the second.

In the second half, the Wildcats regained the lead with 17:38 to play. From there, the Otters went on a 13-0 run and looked to have the momentum in the last 10 minutes of play. However, through strong efforts from junior guard Robert Duncan and McFerren, the ‘Cats were able to go on a run of their own and close the game with a victory. The final score was 72-68.