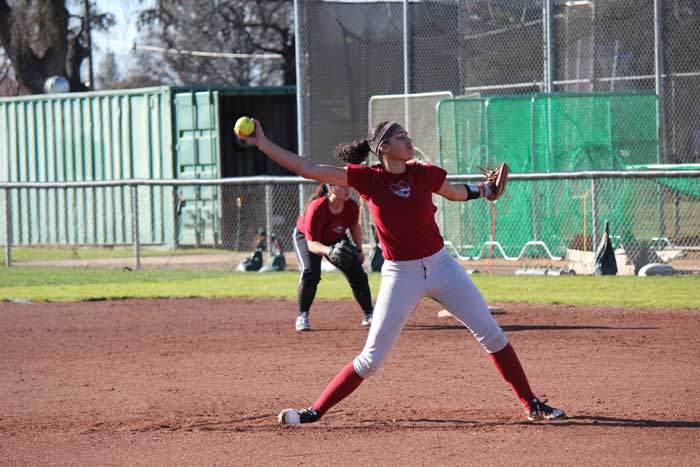 After losing its first game of the season 3-2, the softball team finished the second half of a doubleheader with a dominant 14-1 victory against the Academy of Art Knights on Feb. 6, at home.

The split puts them at 1-1 for the season.

Game 1: The Wildcats opened their season with a good old fashioned pitching duel. Both pitchers held the offenses scoreless until the sixth inning.

The ‘Cats opened up the scoring with a RBI single by first-year outfielder Megan Bowley. They tacked on one more when junior pinch runner Cailin Garmon scored on an Academy of Art error.

Up two runs headed into the 7th, Chico State was unable to hold on to their lead. Scoring three in the 7th, the Knights put the ‘Cats away in the bottom half of the inning for a final score of 3-2.

Game 2: The ‘Cats got off to a hot start scoring three runs in the first inning. Academy of the Art then retaliated with a home run in the top of the second.

Chico State then cracked the game open, scoring eight runs in the second inning capped off by a run home run by first-year outfielder Melanie Abzun.

The scored stayed this way until the bottom of the fourth when Garmon hit a two run homer over the right field fence. The team then scored once more for a final score of 14-1.

Patrick Pace and Nick Martinez-Esquibel can be reached at [email protected] or @PatPaceSports and @THENickMartinez on Twitter.