Chico State graduate drops out of US Senate race 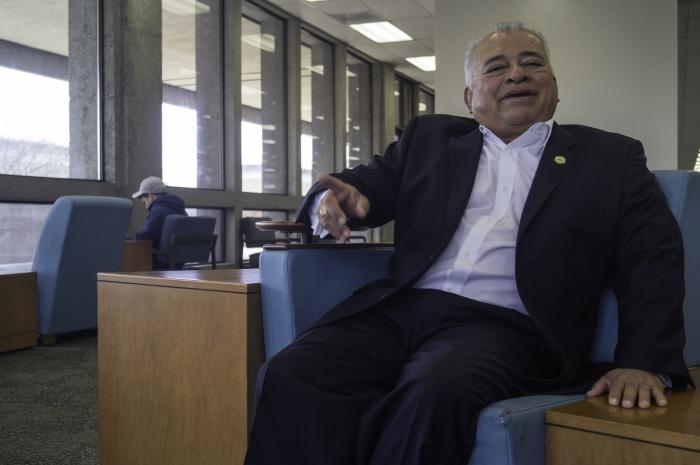 Rocky Chavez, the Republican assemblyman and Chico State alumnus who stopped by campus on Feb. 2 to promote his run for the U.S. Senate, announced on Monday he was dropping out of the race.

Chavez, who graduated from Chico State in 1973, made the surprising announcement before a small audience in a San Diego radio station, as the first GOP debate was set to begin, according to the Los Angeles Times. Aired and filmed by Newsradio 600 KOGO, the announcement came just six days after his visit to Chico State.

“I’ve given this a great deal of thought and prayer with my wife and family, and I think the best role I can fill for the Republican Party, and moving the agenda forward… is to run for my Assembly seat,” Chavez said in the announcement.

Last week, the assemblyman told The Orion he would use social media and the power of the press to bolster his candidacy, which was essential because others in the race had fundraised more than him.

“I looked at it and I figured the best thing I can do for the Republican Party and the best thing I could do for my role, because I still want to be active in politics, is to step back and run for the Assembly seat that I currently hold, and then see what develops in 2018,” Chavez said.

Gabriel Sandoval can be reached at [email protected] or @GLuisSandoval on Twitter.