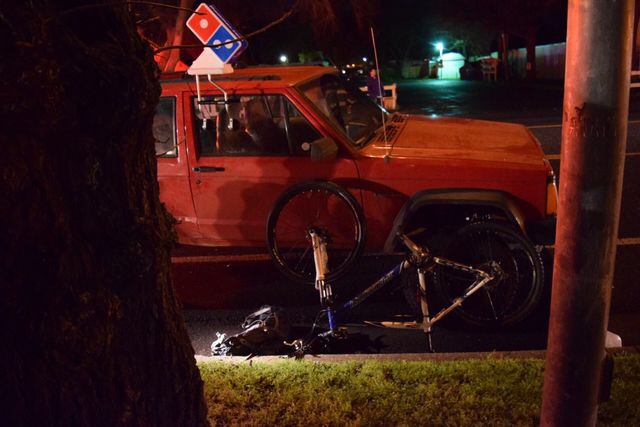 After being hit, the biker was rushed to the hospital Photo credit: Kevin Lucena

A biker was hit by a driver on Nord Avenue late Friday night.

The biker was traveling down Nord Avenue toward West Sacramento Avenue and was struck by a Domino’s pizza delivery car according to police and witnesses.

Police and emergency technicians were called and arrived at the scene. The biker was rushed to Enloe Hospital.

“That was my uncle,” said Haley Lynch, the victim’s niece.  “He has two broken legs and lots of pain in the pelvis area. He should be OK.”

The driver was taken into police custody.

George Johnston and Kevin Lucena can be reached at [email protected] or @theorion_news on Twitter.