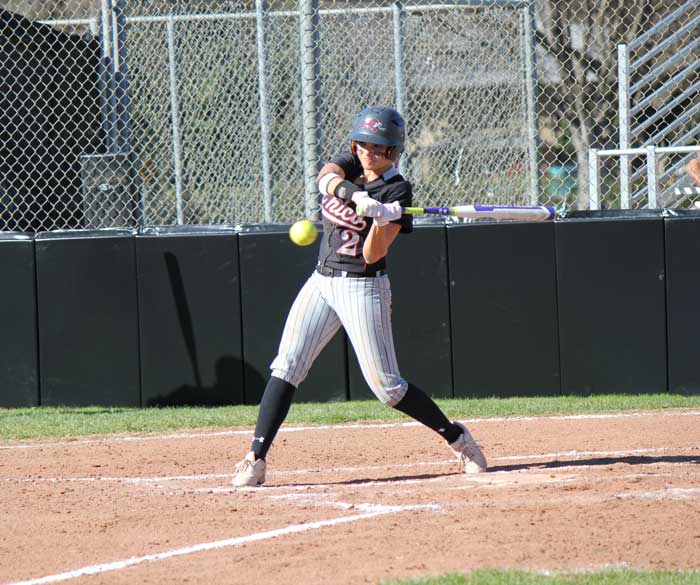 The Chico State softball team beat the Cal State Monterey Bay Otters, 4-3, in their first game on Feb. 20, at home.

The win brings the team to an overall record of 6-3, with a 3-2 record in conference play.

Both teams were silent until the top of the third. Junior first baseman for the Otters, Madison Casto, hit a sacrifice fly to center field which moved the runners to second and third base. The ‘Cats senior pitcher, Brooke Langeloh, balked which brought in the first run for Cal State Monterey Bay.

The Wildcats were quiet until the fifth. Senior designated player, Desiree’ Gonzalez, came up big with a base-clearing double to the center field fence. That put the ‘Cats up 3-1.

The Otters answered back in the top of the sixth with a home run from junior center fielder, Anneliese Lopez. After a few hits, senior left fielder, Marielle Valdez, hit a double to bring in a run for the Otters and tie the game 3-3.

In the bottom of the sixth, sophomore shortstop Karli Skowrup reached by a fielder’s choice error which put runners on first and second for the ‘Cats. First-year Ari Marsh came up with bases loaded and got a base hit to right field to bring in one run.

The ‘Cats shut down Cal State Monterey Bay in the top of the seventh to win 4-3.

The Chico State softball team takes on UC San Diego in La Jolla, with doubleheaders on Feb. 26 and 27.

Kayla Fitzgerald can be reached at [email protected] or @kaylafitz_20 on Twitter.