When school shootings get made into horror movies 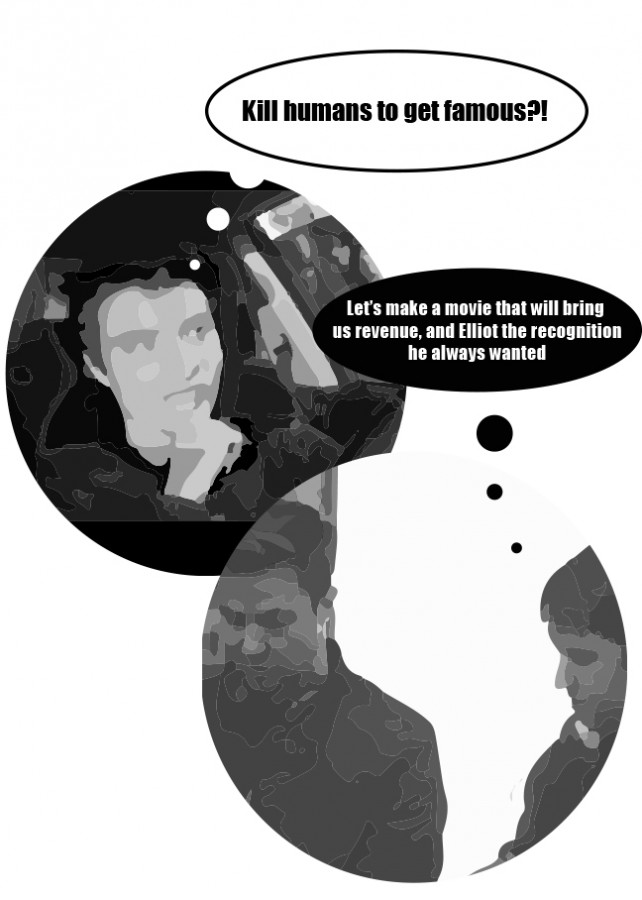 “Del Playa” is an unreleased horror film directed by Shaun Hart which seems to follow a conventional college, sex and murder Hollywood archetype.

It borrows elements from the “youth explodes and kills people” sub genre, ripe with name calling at school and social ostracization. However, distinct from the humdrum influx of young adult horrors, “Del Playa” bears an undeniable resemblance to the Isla Vista rampage two years ago.

When Elliot Rodgers murdered six people and injured 14 others in Santa Barbara, my first reaction was terror for my sister, who was studying at the state university down there. My family connected, everything was fine and national news quickly rolled in. His manifesto and YouTube uploads were publicly available for everyone to indulge in.

When “Del Playa’s” trailer came out, people instantly noticed the similarities. There’s a petition to halt the movie’s release with 30,000 signatures, citing it as “insensitive” and “untimely.”

Shaun Hart has said the lead character of the film (which takes place in Isla Vista) is “not meant to portray anyone in particular (but admittedly) there is a connection of Santa Barbara.”

Although the film is embedded in controversy and poor taste, it’s actually unremarkable in its subject matter. People are invariably intrigued by “true events” stories, documented by the rise in murder-porn television.

“South Park,” unfailing in cultural astuteness, made a great episode of this phenomena. “Deadly Women,” “Who the Bleep Did I Marry,” “Snapped,” etc. are omnipresent on television, detailing the domestic murders that for some reason captivate large audiences.

The dramatizations know to generally stay away from child molestation and rape, but have little restraint for reenactments of ghastly executions or poisonings or stabbings. One must be better than the other.

With “Del Playa” and the like, it’s perhaps natural to feel revulsion, as a former Orion writer did. The reaction might be that Rodgers doesn’t deserve to be immortalized, or that the producers are simply profiting off a tragedy.

Here it’s important to note the obvious: serial killers of prolific body count or grotesque methodology often achieve cult status among the living. I too am guilty of this morbid fascination, and I find the Museum of Death in Hollywood engrossing, as many do.

It’s not that he didn’t get away, unscathed by the criminal justice system, with the murder of innocents. It’s that he’s unworthy of study or understanding. He was an introvert absorbed with human hatred, incapable of any self reflection or profundity. Rodgers was pathetic and his ultimate motivation for killing human beings was petty jealousy.

The disgust at “Del Playa,” however, is greatly misplaced. It’s equivalent to getting angry at cops for arresting harmless pot smokers: it’s completely unreasonable because they’re following the demands of a law (theoretically) democratically derived.

Now, “Del Playa” is capitalistically derived. Be disgusted at the consumers, not the enforcers or producers. Although the film might be unseemly, the distribution and buying of tickets is a voluntary transaction between consenting adults, and no one has the right to stop this product from being manufactured.

There’s been a recent vocalization to altogether restrict anything offensive, and every young person in America is subject to some discussion of this, but that’s beyond the scope of this article. More specifically, there is an issue of freedom of transaction.

Even if the writers penned “Del Playa” directly after the massacre in an act of pure insensitivity and cynicism, they have the right for an audience, and the audience has the right to see the film.