Softball offense not cooled by rain 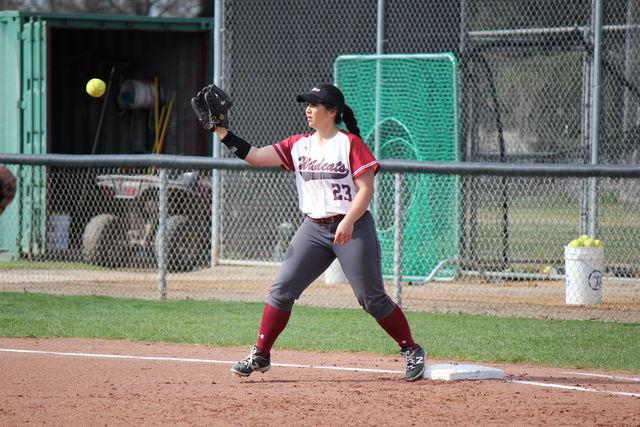 The Chico State softball team didn’t just beat the rain in the doubleheader against the Cal State San Marcos Cougars on March 4.

All around the ‘Cats played outstanding as a team and were able to blank San Marcos for 13 straight innings, with both hurlers flirting with no-hitters.

The fifth inning in both games was the inning to watch.

In game one, Cook led off with a single and eventually scored from third on Taylor’s RBI groundout, making it 3-0.

In game two, the bottom of the fifth was the play of the day, when they were able to score five times.

Lesovsky brought home Gonzalez with a single to center, then sophomore Haley Gilham knocked in a pair with a single up the middle. Cook and DeHart followed with RBI singles.

The Saturday games were canceled due to unplayable conditions and have not been rescheduled. The Wildcats pick up this weekend against the Cal State San Bernardino Coyotes.

Esther Briggs can be reached at [email protected] or @estherbriggs191 on Twitter.