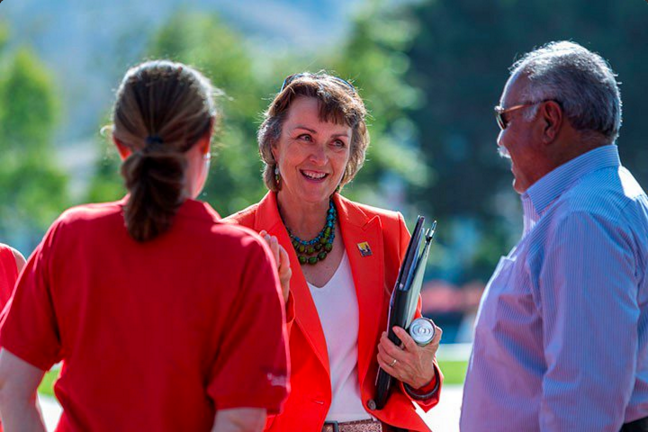 After a secretive selection process, Dr. Gayle E. Hutchinson was named the new president of Chico State on March 9. Although she is joining the university after a vote of no confidence and amidst a potential faculty strike, Hutchinson is optimistic about her new role. She spoke to The Orion in a phone interview on the day of her appointment. Hutchinson discussed how she plans to handle her first 100 days as president, what it’s like to be the first female president in Chico State’s history and how she plans to help unite Chico State’s administration, faculty, staff and students.

Eric Couderc Mcguire, Elizabeth Castillo and George Johnston can be reached at [email protected] or @theorion_news on Twitter.