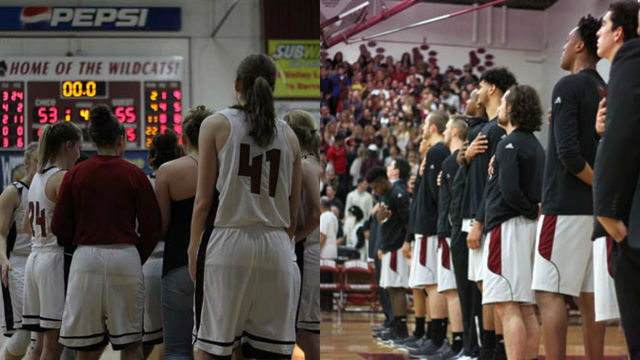 The Chico State basketball teams, both men and women, set many personal records as well as historical records this season. Both teams won individual, team and coach awards.

During his season, Duncan was seventh in rebounds with 6.6 per game. He was eighth in scoring, averaging 15 points per game as well as third in assists with a per game average of 4.2 in the CCAA.

Duncan however, was not the only player named to the 2016 CCAA All-First team. Sophomore Isaiah Ellis earned the honor despite coming off the bench most of the year.

He was a human highlight reel with dunks all season. He averaged 12.5 points per game while grabbing 5.5 rebounds. He was the leading blocker for the ‘Cats with 26 on the year.

Another star on the rise, sophomore guard Corey Silverstorm, held the second best 3-point percentage with a .423 and reeled in Second Team CCAA honors.

He made 58 3-point shots which put him at an average of 12.9 points per game and eighth in the conference. He was the second leading scorer for the Wildcats.

He averaged 9.9 points per game with about 5.8 rebounds. He appeared in 28 games this season.

The men’s basketball team was coached by Chico State alum Greg Clink. He led the ‘Cats through a great season this year with a winning record of 22-7.

In the last five years, Clink has coached his teams to the NCAA tournament. He received the CCAA Coach of the Year for the third time in five years.

The women’s basketball team also had some stars of its own this season. Whitney Branham, sophomore guard, was named Second Team CCAA.

Branham led the ‘Cats in points with an average of 11.9 per game and made 49 3-point shots this season. This season she even reached a career-high of points scored in a game of 24 and scored more than 20 points five different times.

Along side Branham, first-year forward McKenna Barker received all CCAA Honorable Mention. She started in 26 games and averaged 8.5 points.

Barker had 50 assists during the season and was the team’s leading scorer for 11 of the 25 games this season.

The Wildcats, both men and women, broke many records, made great memories and pushed through the season for their hard-earned success.