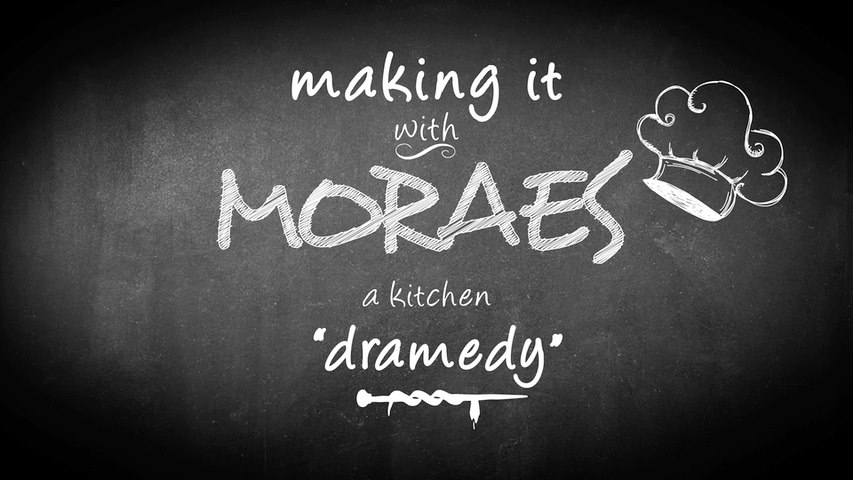 Filmed in the kitchen of their Canyon Oaks Country Club residence, Paul Berry and Marcelo Moraes just finished shooting their St. Patrick’s Day special episode of “Making It With Moraes.”

With dishes and leftover food still sitting on the countertops and in the sink from the traditional corned beef and vegetables dish they had just made, Berry said they had finished the show early that day because they messed up on the cake recipe.

What was supposed to be a mint-chocolate chip cake sat in the oven without the chocolate chips and the mint because they had forgot to buy them at the store – a common mistake on the show known by amateur chefs everywhere.

These kinds of mistakes are expected on their show, Berry said. After all, these two cooking show hosts have no professional cooking experience.

Working on the third season, “Making It With Moraes” is a comedy – or dramedy as they call it – cooking show that brings viewers into their home to watch them take a swing at new recipes as people who sometimes make mistakes, and lots of them.

“The show is demonstrating what it’s like to get a recipe you’ve never seen before and cook it like normal people do,” Berry said. Other famous cooking shows are unrealistic in this way. “They do a recipe in 10 minutes and our recipes take the whole day.”

Moraes, the star of the show, had to marinate the corned beef for six days with a “special pink salt,” he said, referring to the “Food Network” recipe for the actual name, pink curing salt.

But the real difference that sets the show apart from others is that these two have absolutely no television experience and are not only attempting to star in the show, but to produce it on their own as well.

The couple both agreed that doing the legwork themselves for the show is harder than imagined, but at least they have all the rights to their work.

They don’t want to be tied down to certain products or a type of language because that isn’t what the show is about, Berry said.

“We want to show people the stuff we use because that’s what we use, not because we get paid,” Berry said.

Because of an issue the show had with a previous co-producer, Berry and Moraes have yet to see a penny of profit from their work.

They could only say so much about the issue, but it had to do with copyright infringement, both said. It caused them to go back and completely re-edit the first season, which was two years of work.

“Making It With Moraes” is taking it one step at a time, offering one episode on YouTube. The show is also on public television networks in Portland.

Berry, who was raised in foster homes most of his life, is now a practicing physician and “nocturnist” at Oroville Hospital. He works 84 night shift hours a week.

Not only has Berry earned an M.D., but he also has degrees in law and business.

“I figured if I could put people on life-support machines at night, I could do a cooking show,” Berry said.

His husband, Moraes, has some experience with the media arts. He went to film school at San Francisco State University, but before moving to San Francisco, Moraes lived in Sao Paulo, Brazil, until 1994 when he was forced to flee to the United States because of his sexuality.

“At the time, Brazil was the champion in murder of gay people,” Moraes said. “So I felt my life was in danger and I left.”

Moraes and Berry have been married for two years, but have been together for the past 13.

It was during the time when Berry authored a book, “Essential Advice for Pre-Meds,” where he was filming seminars he was offering to medical students when the idea of having a cooking show popped into Moraes’ head.

The seminars served as a catalyst to the cooking show because Berry was already in contact with a video producer, Jeff Adams.

Adams brought the camera crew over to their house the next day and filmed the first episode of “Making It With Moraes” in 2012.

The show has since received much positive feedback resulting in several film festival awards including: “Best Spoof” and “Best TV Series” at the Action on Film’s 11th Annual International Film Festival and Writer’s Celebration in Pasadena.

Moraes and Berry plan on making the show similar to Anthony Bourdain’s traveling food shows but with a twist. They want to go into regular people’s homes to cook with them.

The ultimate purpose of the show is for them to generate enough money to fund a foundation that helps find and showcase new talent.

“There’s a lot of talent out there that is undiscovered because the gatekeepers are controlling where the money goes and who gets funded,” Berry said.