There is only one reason to not try psychedelics 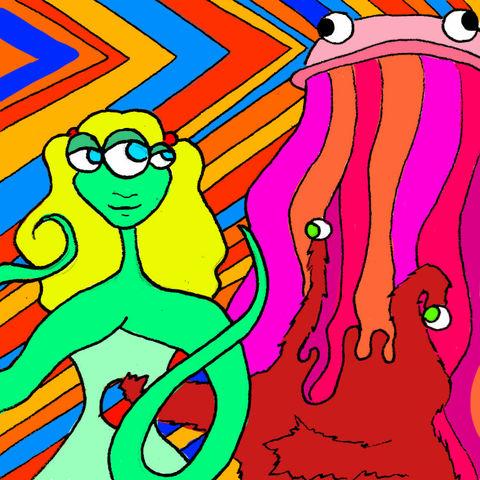 Babysitting people on psychedelics, or trip sitting, is never boring. When it’s kicked in it can be a bit like watching kids play in the toy structure at McDonald’s. All you have to do is keep morale up. Despite psychedelics being such a safe and simple pastime, there’s a single reason why I’ve never indulged.

Now, I’ve argued (but really it’s more like explained) before that everybody should be allowed to try whatever drug they wish, and no one should have to worry about employment when writing about their intoxicated experiences. Just because some of us don’t do x, doesn’t mean we must ban x for everybody else.

I am of the mind that no drug is bad for you. In fact, nothing is bad for you – the badness or goodness of a substance is entirely dependent on moderation. I think this is a pretty agreeable idea, even if less people would agree when it comes to cigarettes, crystal meth or heroin (all of which get inordinately bad reps).

If you think that these drugs actually are bad for you, well… When it comes to drugs we are able to make a divide between narcotics and hallucinogens, in which one side is clearly less “bad” for you, in terms of short-term and long-term health risks, addiction, antisocialness, probability of doing something stupid while intoxicated, etc.

This sort of distinction makes it miraculous that many psychedelics are prohibited in the states, likely the result of mysterious, paternalistic politics similar to what we know made weed criminalized (hint: racism and bureaucracy).

Psilocybin-containing mushrooms, lysergic acid diethylamine (LSD) and peyote are all Schedule I drugs, indicating that their medical use is negligible and potential for abuse extraordinary. So their Scheduling is laughably bad; fortunately, a healthy dose of distrust for the Fed lets people see past these arbitrary restrictions.

Although psychedelics are supremely low on the “adverse effects” totem pole – bad trips aside – there’s a single concern left over. What do mind-altering drugs do for our perception?

Thinking about perception is difficult because it seems unknowable. Someone can take a psychedelic drug and feel awakened to some formerly unachievable understanding and be convinced that prior to consumption they were less enlightened – but whether that actually accounts for anything I’m unsure.

I’m not talking about perception as in the observational skills of a good detective, or even the abilities of the eyeball in deciphering colors or shapes. I mean perception as in thoughtfulness: clarity in thinking about reality, distinguishing realism from idealism. Philosophy.

Although hallucinogens have spawned waves of brilliant thinkers and writers (Philip K. Dick, for example, or Timothy Leary), it seems hard to reconcile the psychonautical explorations of hallucinogens and the grounded ruminations of meaningful philosophy.

My goal remains to prioritize perception – not that it’s kept me from experimentation with other drugs of less notorious life-alteration.

The fear is simple: is getting phat zooted one time worth losing sight of truth? Psychedelics have a tendency to completely alter a user’s take on things, but whether this shift (almost always received positively by the user) is closer to truth or further from truth seems to be anyone’s guess.

A lot of people don’t feel any different after returning to sobriety. Knowing my own experience with other drugs, my exorbitant sensitivity makes this full return impossible.

Something in my neurology over the past few years has made me increasingly susceptible to the effects of every drug except alcohol, for which at least I still have the toughest liver in the West. I would probably make an excellent heroin addict because I’d need so little (not to mention my veins are like the Alaskan pipeline. I hope this vivid metaphor haunts my future relationships).

In any case though, there doesn’t seem to be an empirical way to determine whether the mental perspective after taking mind-altering substances is, in a sense, heightened or blunted (no pun intended) as compared to the mind prior to consumption.

Probably the deepest horror would be trying a psychedelic and then unknowingly substituting philosophy for “stoner philosophy,” which would be like swapping Sierra Nevada for Keystone Light, or Superman for Marvelman, or doggy style for missionary, or… you get the point.

So there may be only one reason to not try hallucinogens. But at the end of the day, if you don’t give a shit about having an accurate perception of things, it doesn’t matter. Try all the drugs, and by anyone’s guess, you can have the best perception of them all.