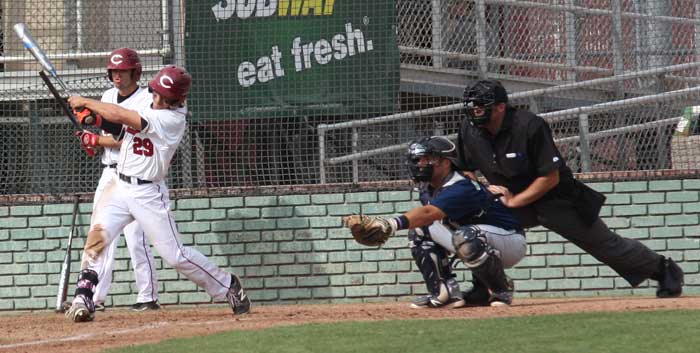 Snider started his career day early in the first inning. With seniors Dillon Kelley and Ben Gamba on base, Snider doubled down the left field line for his first two RBIs of the game.

With the ‘Cats up 4-0 in the third inning, Snider connected again, this time with a triple. His triple scored two more runs, increasing the Wildcats and his RBI total to four.

Up 7-0 in the ninth, Snider added some late insurance with a three-run blast to right field. Snider finished the day 3 for 4, driving in seven of the ‘Cats 12 runs. He also finished a single shy of the cycle.

The win was the first of a three-game series sweep for Chico State. Juniors outfielder Josh Falco and third baseman Andru Cardenas completed the team’s scoring with two RBIs apiece.

Junior pitcher Clayton Gelfand also had one of his most impressive games of the season. Throwing six shutout innings, he only allowed four hits, one walk and struck out a season-high 10 batters.

The sweep puts the team at 17-6 overall and 7-4 in conference. The team will host UC San Diego in a highly anticipated match on March 25-26 at Nettleton Stadium.