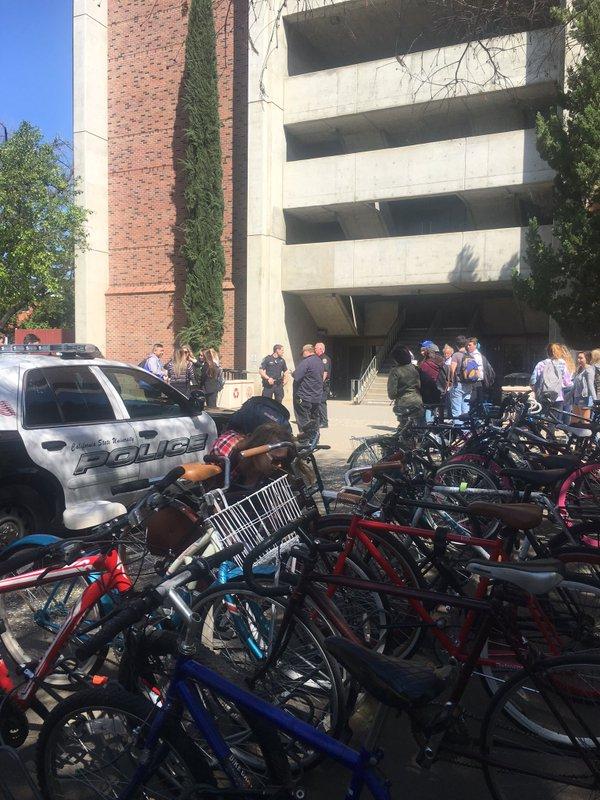 Fire alarms went off in Butte Hall around 1:40 p.m on Wednesday.

Students and faculty were evacuated as firefighters and police assessed the situation.

“There is a reported elevator malfunction that has resulted in some smoke, possibly coming from the elevator shaft the elevators have been shut down and brought to the ground floor,” said Yvette Streeter, emergency preparedness and occupational safety coordinator. “We’re waiting for the all clear from the Fire Department, and the campus electricians will reset the fire alarm system.”

Streeter also said that fire officials will provide the building with extra clean air before allowing occupants back in.

Classes were about to be over when students and professors noticed something wrong.

“We smelled something in the hallway,”said Paul Eggers,  English professor. “It smelled like an electrical fire to me.”

Elizabeth Helmer can be reached at [email protected] or @lizziehelmer on Twitter.