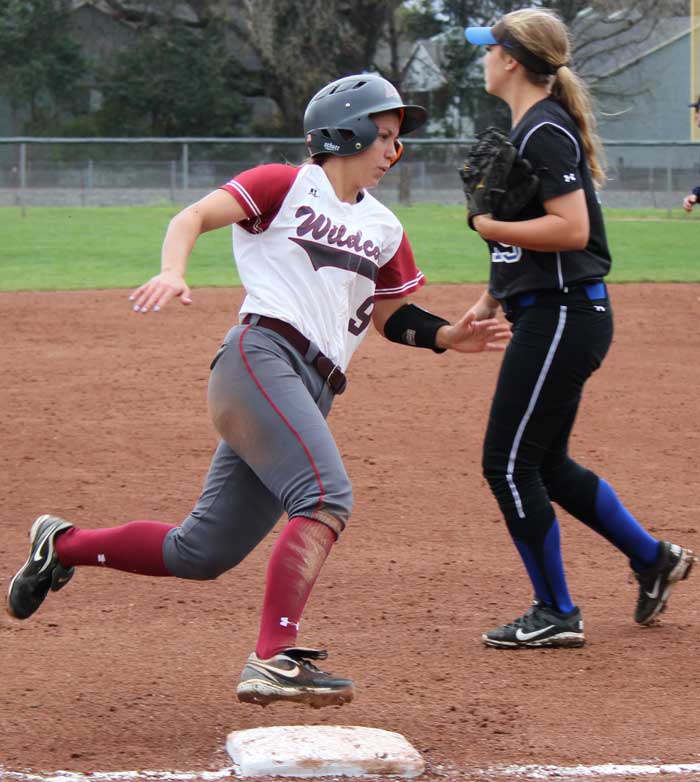 Senior outfielder Alli Cook rounds third base on her way to score for the Wildcats. Photo credit: Lindsay Pincus

The second game was pitched by sophomore Haley Gilham. She pitched five and a third innings to keep Chico State in the lead.

Gilham’s pitching held the Warriors to five runs during her time on the mound but only two were earned. She allowed six hits, one walk and struck out three.

All three hit singles throughout the game and put runs on the board. Galaviz even hit a three-run homer. Shortly after, junior first baseman Cyrena Taylor hit a solo homer.

The Wildcats had 10 hits with six runs. Gilham was later relieved by Langeloh in the bottom of the sixth. She kept the rest of the game scoreless and helped bring the ‘Cats to victory.

The team will travel back to Turlock this weekend once again for the Tournament of Champions on April 1-3.