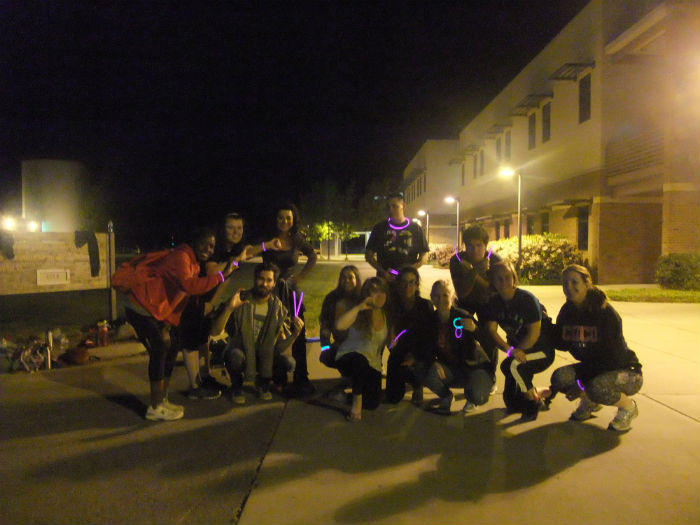 Human and zombie players were distinguished based on their glow stick bracelets. Photo credit: Bridget Comito

Students of the Christian Challenge club put on a game of capture the flag that simulated The Walking Dead on March 31.

The students played humans and zombies with capture the flag integrated into the game. Humans wore red or purple glow stick bracelets while the zombies wore green and blue.

The game was created by the Christian Challenge club at Chico State. Kaitlin Vanhooser, treasurer of the club and senior Biology major helped facilitate the game.

“We have Chico State students, we even have a few from Butte college. We had a turn out of between 75 to 100 people tonight,” Vanhooser said. “We accept everyone and encourage people to come out to see us.”

The club hopes to host the game again next year. It meets every Tuesday at Selvester’s Cafe at 8 p.m.