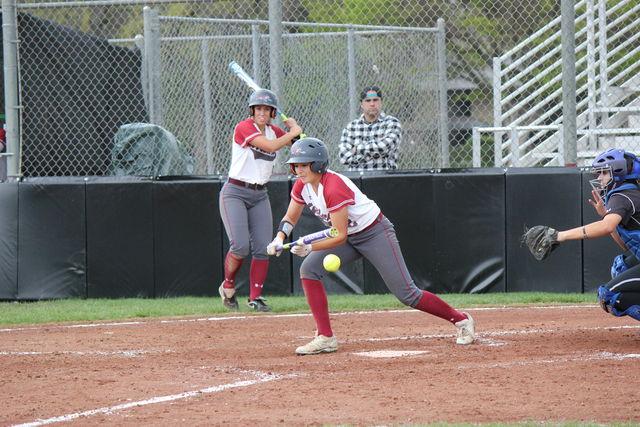 Senior pitcher Brooke Langeloh had 14 strikeouts in a complete game as the Chico State softball team cruised to a win in its first game of the day against the Holy Names Hawks on Sunday, April 3.

The game started off well, with first-year Ari Marsh hitting a double to right center. Senior Alli Cook then hit an RBI single to put the ‘Cats up 1-0.

In the third inning, senior first baseman Desiree’ Gonzalez hit a double to left field and then scored on a wild pitch to put Chico State up 2-0. This score was held until the end of the game, as Holy Names simply could not not hit the ball against the ‘Cats.

Langeloh, who is an outstanding 14-1 on the year, started the game off with two strikeouts and then proceeded to dominate for the rest of the game. She had a strikeout in each inning, and even struck out the side in the fourth inning. She pitched a complete game and the Hawks finished the game with only two hits.

The ‘Cats are currently on a seven-game winning streak and hope to build on it at home on Friday, April 8, in a doubleheader against Cal State Dominguez Hills.