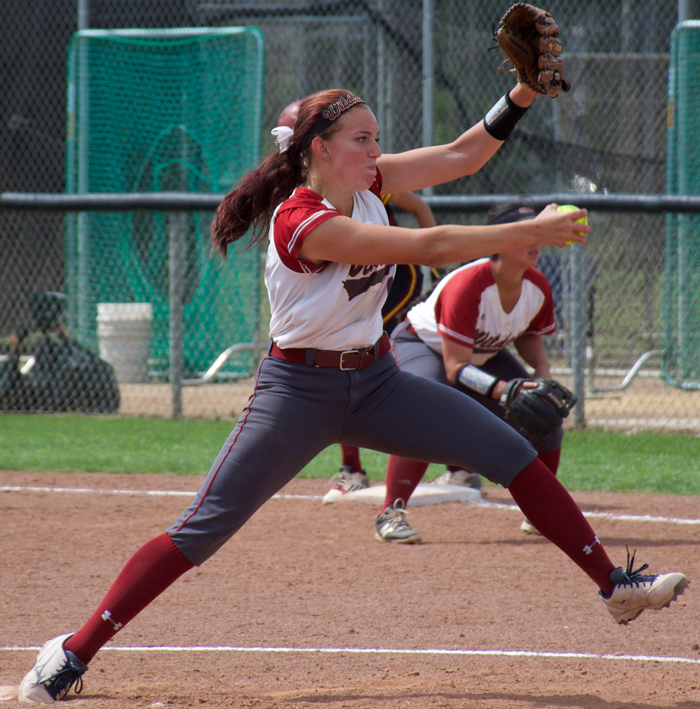 The Chico State softball team won the first half of a doubleheader against the Cal State Dominguez Hills Toros 9-1 after only six innings at home on April 8.

The first game was pitched by senior Brooke Langeloh. She pitched all six innings to keep the ‘Cats in the lead.

Langeloh’s pitching held the Toros to one run during her time on the mound. She allowed one hit, two walks and struck out 10.

The main scorers of this game consisted of senior first base Desiree Gonzalez, senior catcher Brynn Lesovsky and first-year second base Rachel DeHart.

At the end of the game the Wildcats had a total of nine runs, 15 hits and no errors. Cal State Dominguez Hills scored one run, one hit and had two errors.

The Wildcats hit the road to take on Cal State East Bay starting on Saturday, April 16.