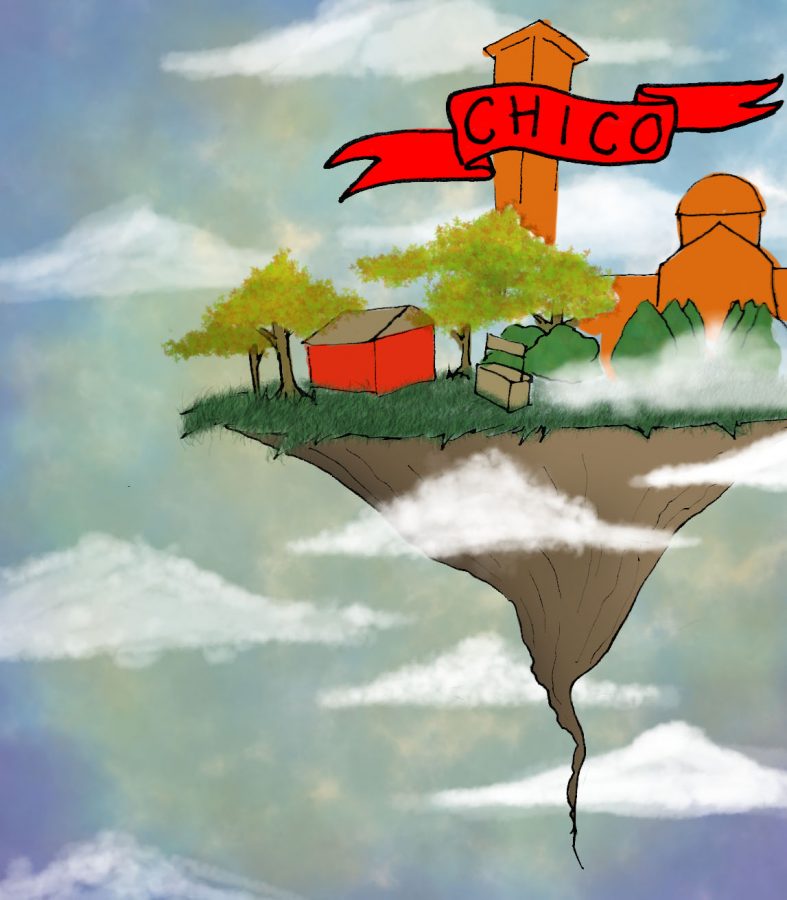 Have you ever felt when you’re in Chico like you’re stuck out in the middle of nowhere? Sometimes I feel this way, but I have come to realize it isn’t necessarily a downside as I once thought it was.

Most who attend Chico State come from California and compared to most of California, Chico is relatively isolated.

Chico is 89 miles and an approximately one-and-a-half hour drive from the nearest major city, Sacramento, and two and a half hours and 164 miles from San Francisco.

Coming from Orange County, part of the greater Los Angeles area, I sometimes feel like I’m so far from the action of the city.

When originally debating which college to attend, the isolation of Chico was Chico State’s largest drawback. But I now see that being isolated isn’t always a bad thing.

Chico is a relatively isolated town, but I think this actually creates many advantages.

I believe one benefit to being so remote is that it is one reason Chico State is less impacted than many of its fellow CSUs.

College impaction is when the school admits too many students to a certain major or the school in general.

The less impacted the school is, the easier it is to get classes, find parking or simply get help from a professor. I think these things contribute to an overall heightening of quality of life and attitude toward education.

Schools located in a big city or beach town are far more impacted than Chico, and this is because their location appears more desirable than Chico’s. Almost all big city or coastal CSUs are impacted in most majors, including San Luis Obispo, Long Beach, San Diego and San Jose.

Being a little remote also creates a sense of community. I know from growing up in Orange County that a never-ending metropolis of suburbs can feel disconnected.

Chico’s borders don’t flow into another town and thus give the town its own unique vibe, uninfluenced by neighbors.

This also lends itself to making Chico feel like a true college town, something that drew me to Chico State. The isolation creates a school that could never be considered a commuter school like Cal State Fullerton, San Jose or Northridge.

I truly enjoy living in a community surrounded by other people that are my age and also attending school. The downtown area feels youthful and vibrant.

Luckily, if you don’t like the idea of a college town, the east side of Highway 99 has neighborhoods that make college life feel nonexistent.

One issue with Chico State being relatively isolated is that it makes visiting home difficult for many students. But if there is anything that can come out of this it is that it only makes going home that much more special.

Another benefit of being in a remote town is that there are fewer things distracting from school. Students who attend schools such as UC Santa Cruz and Santa Barbara likely deal with the constant temptation of going to the beach. And students at San Francisco and San Diego could be tempted by nightlife and other city attractions.

There are many benefits to living and attending college in a more remote town, but I will say there are weekends I am a little bored and wish I had those distractions. Despite this, Chico does have things to offer that can be even better than a beach or a city.

One of these is Bidwell Park, which includes Bear Hole, the pool at One Mile and hiking to Monkey Face. Other Chico attractions are the shops and restaurants of the historic downtown, the Sierra Nevada Brewing Co. tour and restaurant, and concerts at The Senator.

Ultimately, Chico may seem far away from the luxuries and conveniences that metropolitan areas deliver, but it really can be a good thing, and Chico does have a lot to offer.