Wright shines in loss against Broncos 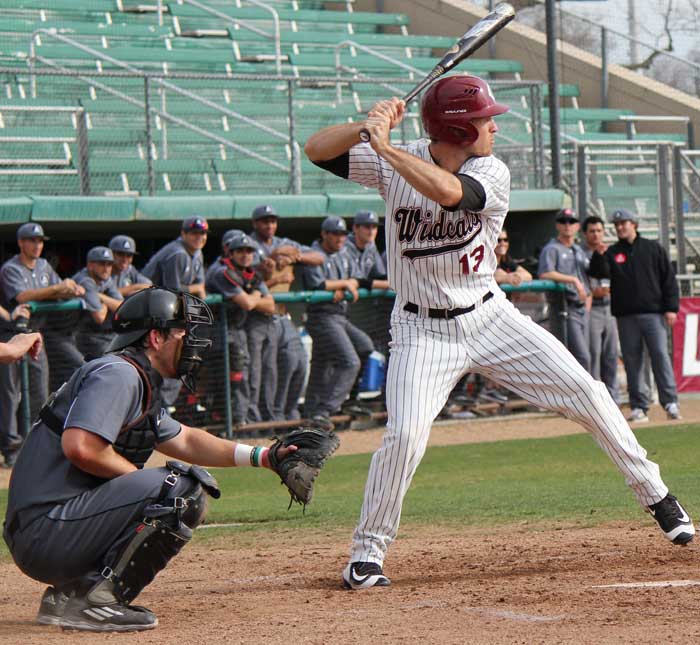 Junior Josh Falco loads up in a game against the Academy of Art. Photo credit: Lindsay Pincus

Junior pitcher Grant Wright had an amazing game in a 10-6 loss to the Cal Poly Pomona Broncos on Sunday, April 17.

The Broncos had already scored three runs in the first inning when Wright entered the game. He had not pitched anything more than an inning and a half throughout the season, but on this day he pitched from the first to the seventh inning without allowing a run.

The Wildcats rallied back in the second inning, scoring five runs on RBIs hit by seniors Cody Bistline and Ben Gamba, sophomore Cameron Santos, and junior Dillon Kelley. They were up 5-4 at the end of the second, and another Bistline RBI in the fifth put the Wildcats up by two.

At the end of the sixth, Chico State looked to be in good position to win the game as well as the series. However, Cal Poly Pomona rallied in the seventh inning, scoring four runs on Wright. Head coach Dave Taylor then took Wright out of the game, and the Broncos scored four more runs to put them up 10-6.

The ‘Cats were able to score one more run in the eighth, but they were not able to come back from the Broncos’ huge inning. Wright’s final stat line of four runs on six hits in six innings does not show how well he played throughout the game. He had a very strong showing in his first real chance to pitch for multiple innings for Chico State.