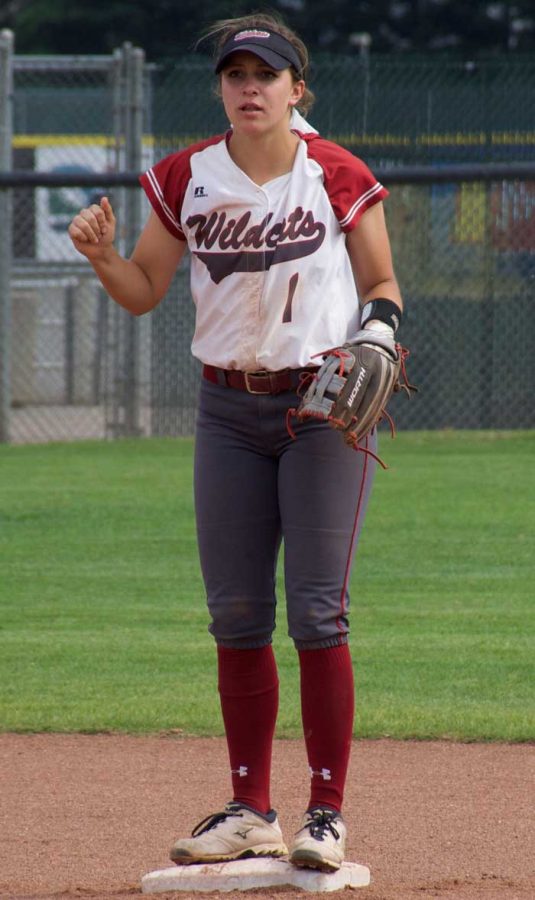 First-year Rachel DeHart waits for the ball at second base before an inning. Photo credit: Nick Martinez-Esquibel

The Chico State softball team won both games against Cal State East Bay on April 16, finishing off the doubleheader with a 4-2 win in the second game.

Sophomore pitcher Haley Gilham got the win and increased her overall record to 14 wins and seven losses.

In her first at-bat Gonzales hit a single, bringing a runner into scoring position. In the third inning she hit a single up the left field side. On her third hit she brought in one of the runs to give the ‘Cats the lead. Gonzales went three for four.

Marsh hit one of the two times at-bat. Her first hit was a double in the third inning. In the fifth inning she made contact with the ball. Although it was caught, her sacrifice fly brought in one of the winning runs for the Wildcats.

Of the two times Lesovsky went up to the plate, she got one hit. She hit a single up the middle in the first inning. In her second at-bat she hit a sacrifice fly to score. In the fifth she was intentionally walked.

Taylor got a double in the fifth inning bringing in two runs for the Wildcats. She went one for three in Game 2 while at the plate.

As the Wildcats continue to dominate the teams they cross paths with, they rank No. 14 in the nation.

Danielle Pubill can be reached at [email protected] or@daniellepubill1 on Twitter.