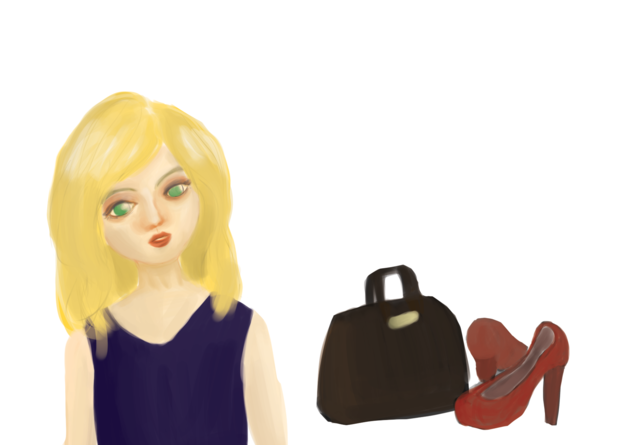 People are always making fun of Tyga and Kylie Jenner dating since they have an age difference of seven years. Then he got caught up in a 14-year-old’s DMs. But when the pictures of the 14-year-old were released, I could then tell it was an honest mistake. That girl looked nothing like a young teenager. This girl looked like she was older than me, and I’m in my 20s.

Young girls are dressing in fashionable clothes with their expensive purses and iPhones. When I was a teenager, I wore graphic tees and soccer shorts.

Boys are already racking up a body count before they hit high school, and I was happy to have my first kiss the summer going into eighth grade.

I’m hearing first-graders cussing each other out and rapping along to Desiigner saying they got broads in Atlanta.

Kids these days are growing up way too fast. They think they have a certain level of maturity when in reality, maturity comes with age. So at 11 years old you’re not that mature. Sorry kiddos, hate to burst your bubble, but you’re not mature.

However, looking back at just the fashion that I wore at that age, I started thinking about what celebrities were wearing. My roommate pointed out that our role models were people like Avril Lavigne and Ashley Tisdale. And they dressed how we were dressing.

So if kids these days are seeing the Kardashians and Hadids dressing more provocatively, then they will too.

I understand that a 21-year-old like Gigi Hadid shouldn’t have to worry about what she’s wearing because she might influence a 10-year-old, but TV shows directed at that age group aren’t helping either.

Shows like “Girl Meets World” and “Best Friends Whenever” are showing seventh and ninth graders in heels at school, crop tops, full-face makeup and perfectly curled hair. Shows meant for little kids are basically telling them, “This is what a 12-year-old should look like.”

I am told time and time again that I have a young-looking face, that I don’t look 21. But now I think I do look 21. It’s these 14-year-olds looking 25 that make me look like I have a baby face.

Do yourself, and me, a favor and don’t grow up faster than you need to. Trust me, adulting really isn’t that fun.

Brittany McClintock can be reached at [email protected] or @B_McClintock17 on Twitter.