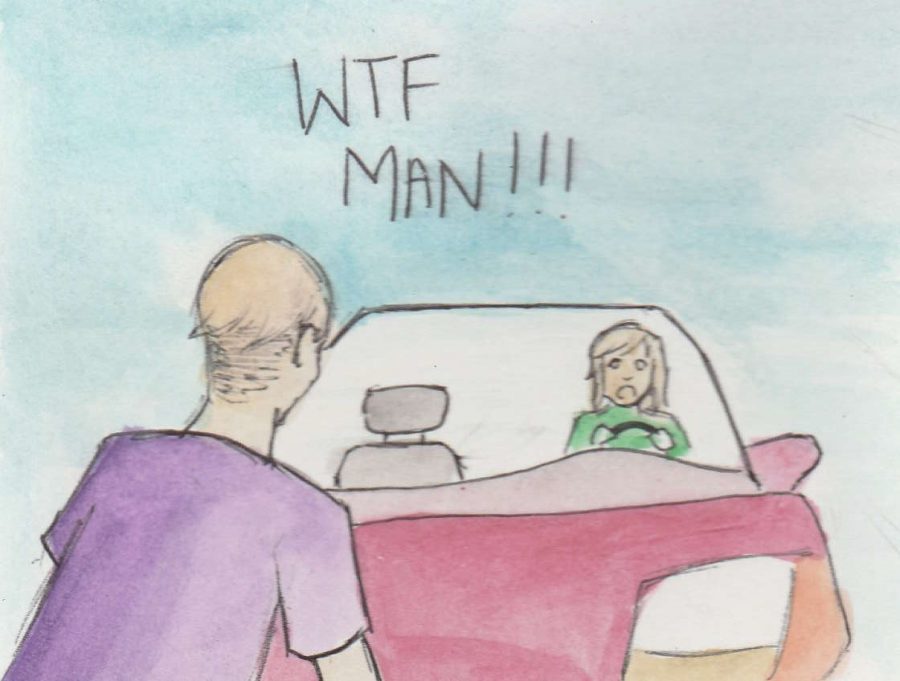 Have you ever felt like you were risking your life simply crossing the street in Chico? I know I have.

The streets of downtown, the CHICO streets (Chestnut, Hazel, Ivy, Cherry, Orange) and any street near campus are jam packed with pedestrians, cars, bikers and boarders. In my opinion, driving, walking, biking or skateboarding in Chico is overly hectic and can even be unsafe.

I face two roads every day that seem unsafe, Eighth and Ninth streets. I live on the south side of the roads, and my roommates and I have to cross them at least twice every day walking to campus.

No one ever seems to stop for the college student simply trying to get to class. Everyone zooms by going way over the 35 mph speed limit.

Ultimately, I have to dodge through traffic usually breaking into a light jog and have definitely experienced some close calls.

When I was first touring the college campus, I was driving around town with my parents, and my dad drove down a one-way the wrong way twice in one day.

Not because he wasn’t paying attention, but because Chico is just block after block with so many intersections, and the one-ways seem to come in random places.

One thing that is along many of the one-ways in the downtown area is streetlights that are not above the streets, but on the sides. It’s not uncommon to see someone running a red light, presumably by accident.

In my opinion these lights that aren’t above the road are just plain dangerous. They are hard to see and easy to misinterpret.

I live in a completely residential neighborhood on a street that goes nowhere, but for some reason people seem to treat it like a freeway.

It’s not uncommon to look out the window and see a car going at least 45 mph. It’s also not uncommon to be awoken by a revving engine trying to go even faster down a street where the speed limit is 25 mph.

As a whole I have also noticed that drivers don’t seem to care or acknowledge bikers, boarders or pedestrians. I have numerous friends who have been hit by careless drivers who zoom through the intersection-filled streets with no thoughts of anyone but themselves. One of my neighbors was recently hit by a car while on his motorcycle.

I personally have almost been the victim of being hit by a careless driver on my walk to school numerous times.

Every time I am almost hit simply crossing the street I look into the car and see someone who is college aged and is clearly making a point not to look at me.

I’ve also seen plenty of people on their phones when this happens and even seen someone blow through a stop sign.

Ultimately, the streets downtown are just a mess of pedestrians, bikers and skateboarders mixed dangerously with careless and speeding college-aged drivers.

Recently, there has been work to increase the safety on the roads downtown. The new light on Nord Avenue was designed specifically to protect the numerous students that cross the busy avenue on their way to and from school.

The new light is a huge step in the right direction toward increasing student safety on the road.

I think a great next step would be adding lights on Eighth, Ninth and Ivy streets intersections and at least adding crosswalks on Hazel and Chestnut streets and Normal Avenue.

In addition, adding more stop signs and crosswalks throughout the CHICO streets and college neighborhoods could make the near-death experiences less frequent.

But most of all, college-aged students need to stop speeding down residential streets and driving carelessly.

One thing I love about Chico is that I can walk to campus. But it would be even better if I felt like I could walk to campus with a greater sense of safety.