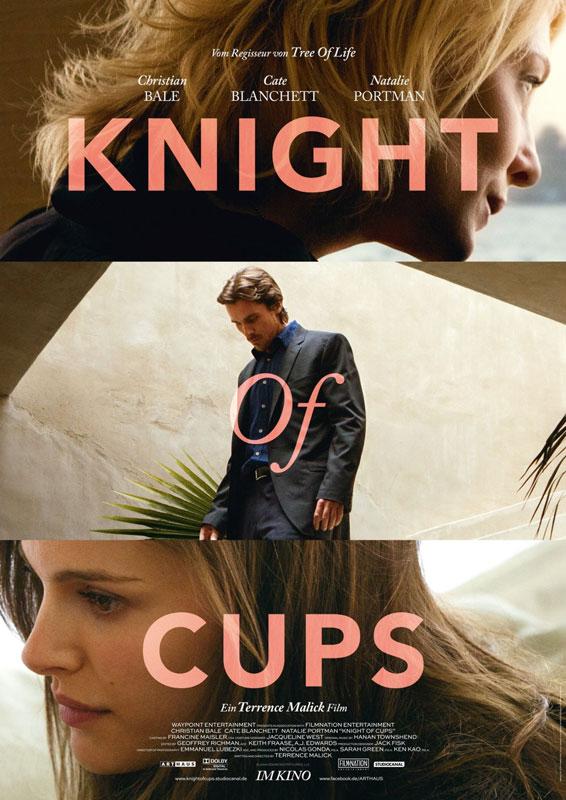 Terrence Malick doesn’t worry about things like storyline, plot points, character development and climatic endings when he makes movies. Instead, the writer and director wants the audience to not only question their decision to watch his films, but question their metaphysical existence within the span of two hours.

His latest film, “Knight of Cups,” bluntly shows he doesn’t plan to change the cinematic formula anytime soon. It’s not quite a movie; it’s a movie experience.

Featuring big Hollywood names such as Christian Bale, Cate Blanchett and Natalie Portman along with many celebrity cameos, “Knight Of Cups” explores the sensual misadventures of a screenplay writer (Bale) searching for answers to questions about his existence in the lonely landscape of Los Angeles.

While it feels like Malick reaches to answer these questions in the form of a hypodermic injection of never-ending metaphors and allegories, we are still left wondering: What in the hell is going on? What does this narrative have to do with this scene? Who is that character? Who am I?

However, this is the strange splendor, the indulgence of any past Malick films. He forces the audience to identify with the struggle of a nameless wandering character, developing questions that follow you out of the theater and linger on for days.

The theme of aimlessly wandering through life revolves around the film’s entirety. This is obviously inspired by the Knight of Cups tarot card, which conveys a charming and creative knight in armor slowly moving forward on a prevailing white horse.

Yes, Malick managed to cultivate a feature film based on a tarot card, which really should have served as disclaimer in the opening credit, if there had been any opening credits.

The beautiful cinematography provided by the infamous Emmanuel Lubezki (“The Revenant, “Birdman”) is another factor drawing audiences into the daze of Bale’s character roaming around with no apparent direction. Every corner of the Los Angeles area is uncovered in vibrant high-definition panoramic views — the swanky Hollywood parties, dirty canals of the city’s waterways, the mountains of the Palm Desert.

The deep philosophical and existential aspects of any Malick film are going to shock anyone who doesn’t know what’s coming. “The Thin Red Line” and “The Tree Of Life” are some of his past efforts showing this director knows exactly the direction his films are heading — no matter how strange or peculiar. For that, I give “Knight of Cups” 4 out of 5 O’s.

Matthew Manfredi can be reached at [email protected] or @matthewmanfredi on Twitter.