Chico’s couch ordinance is for the best 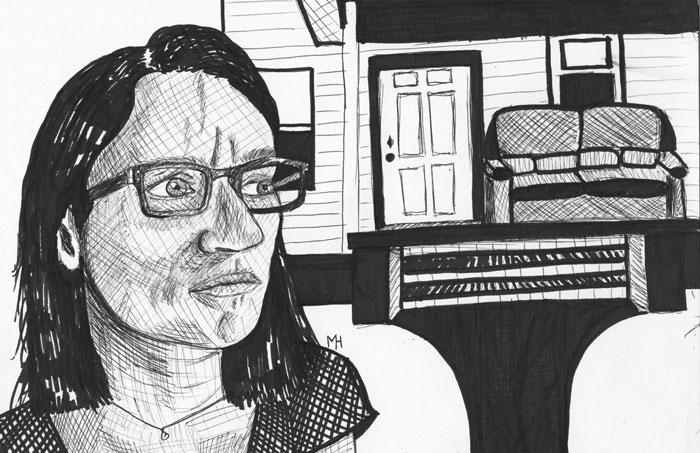 Walking down the street on the way to class or a friend’s house is usually met by constant porch-to-sidewalk greetings. These days, it feels like this happens less and less.

This could be due to Chico’s couch ordinance.

The city has begun issuing citations for breaking the ordinance and so have property management companies.

Although I think this ordinance hurts part of the college town feel, it is for the better.

One thing that makes Chico feel like a college town is the fact that the downtown area is comprised almost completely of students. It’s not uncommon to know almost all your neighbors or people in an apartment complex. And an unlocked or open door policy is the norm.

And only in a college town would you find every house with a couch on the porch.

A majority of the homes that students currently reside in downtown were built in the early 1900s. Almost all homes built in that era included front porches.

Many students enjoy spending time on their front porches, which adds to the college town feeling. Friends or classmates often walk by and temporarily join porch festivities.

Recently, Chico has begun enforcing the city couch ordinance, which states that all indoor furniture, specifically couches, can’t be placed on balconies or porches.

This ordinance not only bans a facet of college culture, it bans part of Chico’s culture.

The ordinance is meant to prevent college students from lighting couches on fire in the streets, which I agree is a problem.

Ultimately, the couch ordinance is unfortunate for student life, but there is plenty of evidence to back up its validity.

The Isla Vista neighborhood in Santa Barbara enacted a similar ordinance, called the “Fluffy Couch Ordinance,” in 2014 and saw a dramatic decrease in couch related arson. The number of couch fires went from 200 to 12 within the year the ordinance was enacted.

The burning of couches is not only bad for the environment and unsafe, but it also abuses firefighters’ time and wastes city money.

Last year, one building near the intersection of Fourth and Ivy streets burned down allegedly due to a couch fire. Luckily nobody was injured.

My house was recently cited an eviction notice from our property management company if we did not move our couch off the porch. It is unfortunate because we used to spend a lot of quality time outside on the couch, and my roommates and I would never have considered lighting our couch on fire.

Essentially, not everyone who had a couch on the porch was going to light it on fire.

The lack of couches on porches downtown has reduced the amount of people one might see simply lounging and socializing outdoors. It’s sad because it may make the downtown area appear less welcoming and more like a sleepy old community.

There is absolutely no reason to light a couch on fire other than it being deemed “cool.” Because those people decided to light couches on fire, now nobody can sit comfortably on their porch.

A few ruin a good thing for the masses. It’s not an uncommon tale.

A simple solution to this is to buy outdoor furniture, which many people have already done. The problem is that outdoor furniture is pricey and less likely to be handed down by parents or siblings than an indoor couch.

Chico is a college town and it always has and always will be. There are many different things that make it this way and couches on porches was one of them.

But maybe, just like building houses with porches, outdoor couches must become part of a bygone era.

Ultimately, couch fires are unsafe and unnecessary, and the couch ordinance in Chico will likely have the same effect as Santa Barbara. The close proximity of houses and buildings downtown and the abundance of trees makes limiting fires an extremely important issue.

Even without porch couches, Chico still has everything it needs to be a college town and will never be unwelcoming or sleepy.