A brief history of the Pageant Theatre 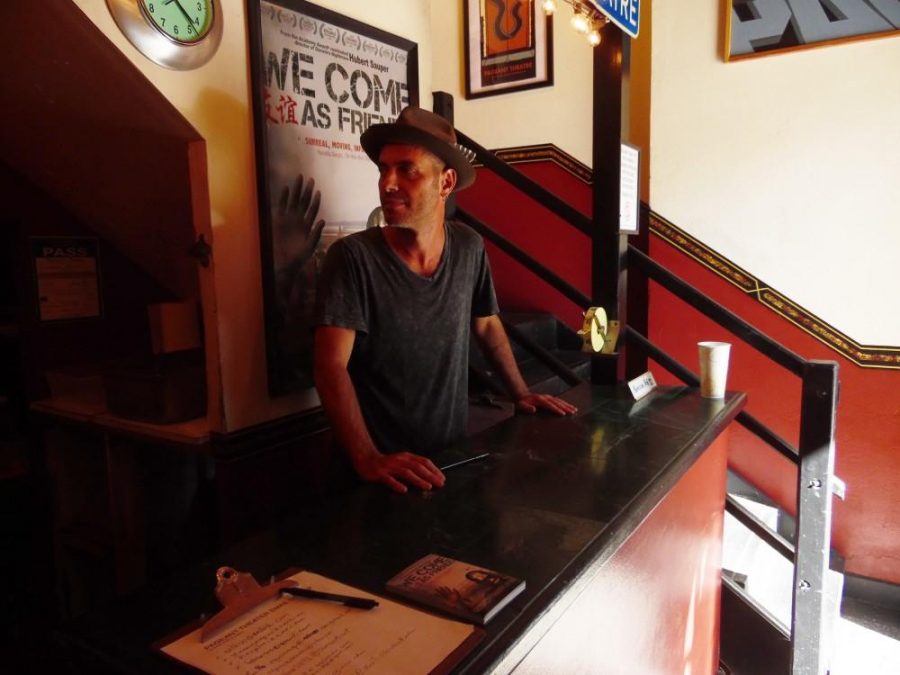 As the longest running theatre, the Pageant continues to bring the independent film world to Chico.

Upon walking up to the Pageant Theatre the owner, Miles Montalbano, put away his flip phone, cracked open a Sierra Nevada and sat down on the steps leading up to the projection room with his copilot, a border collie named Bird, and began the story of the Pageant.

“We are an independent art house theater,” Montalbano said. “We show traditionally alternative films, the kind of stuff that doesn’t play at Tinsletown.”

The Pageant ranges from somewhat well known films to niche cult-classics. Montalbano is often surprised at which movies draw a bigger audience. Some nights the theater is sold out and on others three people will come to showings.

The Pageant also works with the community, hosting events like a pride film festival for Stonewall Alliance Center during the Chico Pride weekend.

In 1970, documentary film maker, Albert Mitchell, leased what was then a paint store and transformed it into the theater that regulars know and love.

In the 1980s, Montalbano said that Mitchell sponsored a softball team that his father, Roger Montalbano, and his friend, Tim Giusta, were on. When they found out Mitchell was looking to sell the theater, Montalbano and Guista took it over and ran it as an independent art house theater.

The theater quickly became a popular spot in Chico and is still an integral part of the downtown area.

In 2010, there was a shift in the film industry where studios decided they would completely switch over to digital. Showing digital film requires a very expensive specific piece of digital projection equipment.

“Giusta thought it might be a good time to retire,” said Montalbano. “They floated it to me to see if I was interested in keeping it going, I said yes. We did a fundraiser through Indiegogo to pay for the projector.”

The campaign was successful, the community rallied and was able to raise the money to save The Pageant. Montalbano took over as the owner, manager, film booker and janitor of the Pageant in March of 2015.

“The Pageant is an incredibly important part of the Chico arts community,” said Chico State English Professor Matt Brown. “One of my favorite memories is when Athena Murphy, one of my grad students, put together an event for our grad students where we showed 8 mm films.”

For Montalbano, the Pageant is special because it was a part of his childhood. “I have so many favorite moments here.”

“I grew up in Chico, going to this place as a kid and seeing amazing films. This was my first job when I was 15 years old and going to Chico High. I actually got fired,” Montalbano said.

He said there was this punk rock film showing called the Decline of Western Civilization.

“A bunch of [my friends] decided to cut school and watch the film. One kid stole a case of beer out of the back of beer truck, we ran down here and had ourselves a private screening,” he said.

His friends turned the sound up so loud they blew the speakers.

“I was fired from the Pageant,” Montalbano said. “30 years later I get a chance at redemption.”

Ticket prices, student discounts and show times are listed on their site, and seating on the couches in the front of the theater is always first come, first serve.

Anna Porretta can be reached at [email protected] or @theorion_news on Twitter.