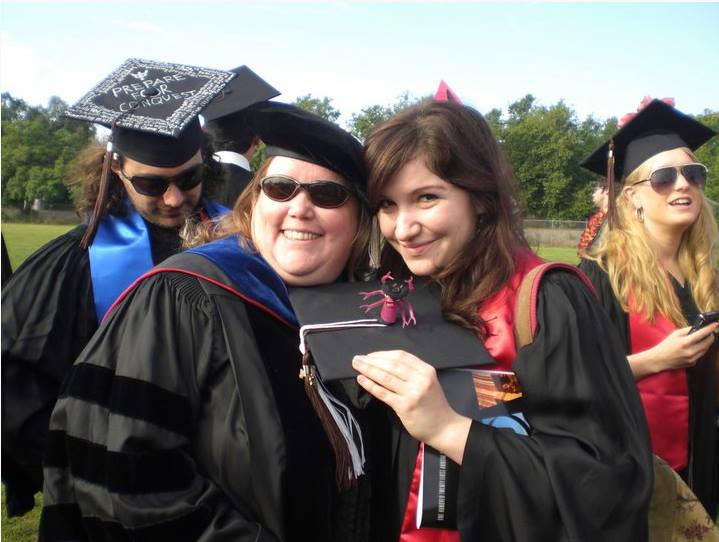 Dr. Katherine Whitlock is remembered at an outstanding professor and awarded for her excellence in teaching. Photo courtesy of Facebook

Whitlock unexpectedly died in her home last December, sparking debate about recently deceased and their eligibility for the award according to the woman responsible for nominating Whitlock, Melodie Ellison.

The former Chico State student and friend of Whitlock corresponded with members of the award panel to determine if Whitlock was an eligible nominee. “The answer came back (as) yes and I began the nomination process,” Ellison said.

Annually, one collegiate professor is nominated for the award by students and colleagues in recognition for their campus and community impact. Ellison wrote the nomination letter and gathered letters of support from Whitlock’s former students and peers.

“I submitted the nomination in February, and heard back in May that Dr. Katie had been selected,” she said.

Whitlock formally received the award in August at the Association for Theater in Higher Education annual conference in Chicago.

Whitlock began her career at Chico State in 2006, teaching theater classes such as, theater history, world theater and more. From the moment she arrived at Chico State she had so much knowledge and charisma to transmit to her students and the community.

Students were always her number one priority and it was her mission to ensure her students knew the material and was very hands on with helping those who needed the extra attention.

“(The) number one thing she was able to do was really connect with students,” former colleague and friend Sandra Barton said.

Whitlock had the ability to make connections with her students through her passion for the theater and more importantly her passion and joy for teaching, she said.

“It’s been her passion for teaching and relationships with students that influence me,” Miller said.

“Dr. Katie made such a huge impact on her students that her story doesn’t end with her death,” Ellison said. “She absolutely deserved (the award), and as a Chico Alumna, I know that Chico State deserves it, too.”