When the sun goes down at Monstros Pizza 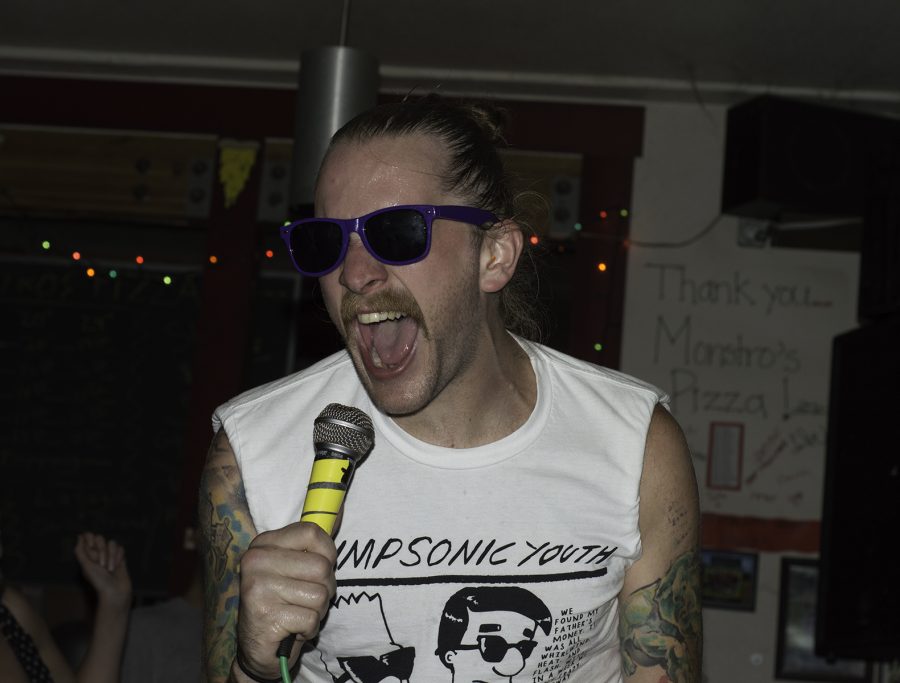 Guitar amps are turned up, microphones feed back and hot slices of pizza slide across the counter as an old-fashion register rings and dings for a cash-only payment.

This particular Wednesday, Aug. 3, “Bad Future” and “Post/Boredom,” two touring bands from Seattle are opening for local band, “Viking Skate Country.” Everyone’s ready for a night of loud punk rock on the cement floor of the pizza joint that originally opened as a laundry mat in 1965.

Opening band, “33,” gets ready for the show by arranging drums, tunes and guitars. The Monstros owner, Greg Danielewiez, serves pizza after pizza to the bands and is making sure all the guitarists, bassists and vocalists don’t shred on an empty stomach. 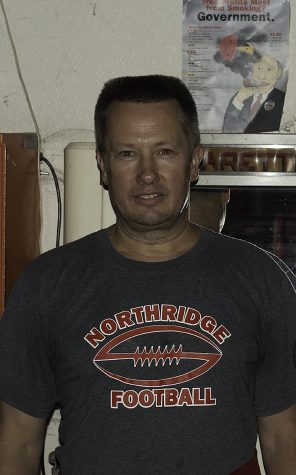 Local music-enthusiasts, band members and fans filter in and out of the all ages venue, getting ready for a night of fast and loud music as 9 p.m. rolls around.

Danielewiez calls Monstros’ hours “seasonal” as they vary when the semesters start back up at Chico State. Depending on the calendar of the bands performing, the restaurant transforms its relaxed atmosphere into a music venue complete with mosh pits and two-stepping.

“Bad Future” brings a set of nonstop punk songs, clashing together 30 minutes in a relentless fashion. Afterward, “Post/Boredom” sets up and unleashes a demonic mix of old-school punk and modern thrash impaired with haunting vocal affects, contributing to the wide variety of music that is often heard at the neighborhood pizza joint.

In 1989, Danielewiez turned the building from a laundromat into Monstros Pizza, adding a place to eat very close to campus along with a site that thousands of shows would be played over the years. Rock ‘n’ roll, indie, punk, bluegrass and rockabilly are a few among the many genres that have been heard echoing onto West Sacramento Avenue.

“If it wasn’t for Chico State and the music department, we probably wouldn’t be doing this,” Danielewiez said.

Chico State’s music department (which has been known to occupy the space), local concertgoers and musicians keep the venue as a staple in the music community and give the scene such an eclectic significance.

Matt Manfredi can be reached at [email protected] or @matthewmanfredi on Twitter.