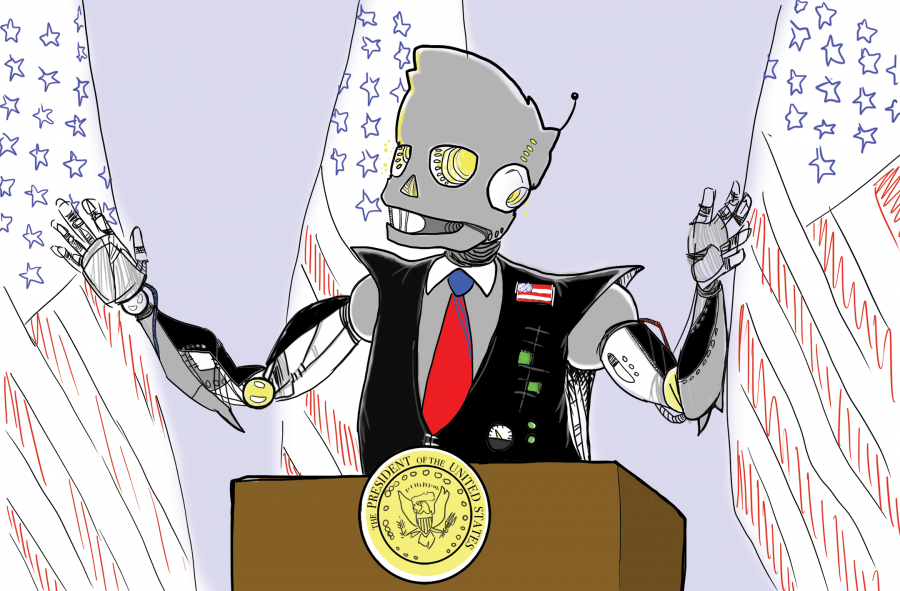 Siri was first introduced in 2011 on the iPhone 4S. When it was first introduced it was fun to play with and receive cute responses from, but it was not too useful. Since then, Siri and its competitors have become increasingly more useful. These phone voice assistants are just a small glimpse of what artificial intelligence could look like in the future.

Ray Kurzweil, one of the biggest advocates of the singularity, believes it will occur in the year 2045. Kurzweil believes in the singularity and cites the law of accelerating returns as some of his proof. The law of accelerating returns extends from Moore’s Law which points out the pattern of possible transistor count on a certain area doubling every 18 months. Basically, computers will become twice as fast every year and a half. This trend has held true for many decades and is a part of the basis for why strong artificial intelligence might be possible.

Kurzweil is also very vocal about the incredible benefits that a singularity event could bring. Technological integration with human bodies could give us superhuman abilities or even incredibly long lifespans. Technological solutions to world hunger, poverty or war could all be possible with new inventions brought by incredibly smart artificial intelligence.

The idea of the singularity is a wonderful concept, almost heaven like. A utopia to end all the human suffering in the world. Such as longevity, the end of poverty and other marvels possibly achievable through technology.

This similarity to a perfect ending is why I don’t think that the singularity will occur in the way that people like Kurzweil popularized it. It is just another concept that helps people ease the fear of death. What singularity fanatics have done is replace the idea of a supernatural messiah with a technological one.

The completeness of the singularities change on society is why it is so unbelievable, at least in the way that many of its supporters say it will come. While it is very likely that many of us will see incredible artificial intelligence in our lifetimes, it won’t bring about a fix to all the world’s problem. Especially concerning the end of or long-term delay of death, it seems far too good to be true.

Looking forward, I am very excited to see the innovations and technological changes that will occur in our lives, but to hold hope for a salvation brought about by our own inventions is foolish.

That is what the singularity has become for many of these proponents, a lifestyle/religion and not a sincere study of futurology. So while a complete overhaul of our society might not happen during our lifetime, we can still look forward to further medical, technological, agricultural and a lot more innovation that will slowly make this world a better place to live in.