Women’s soccer team on a streak 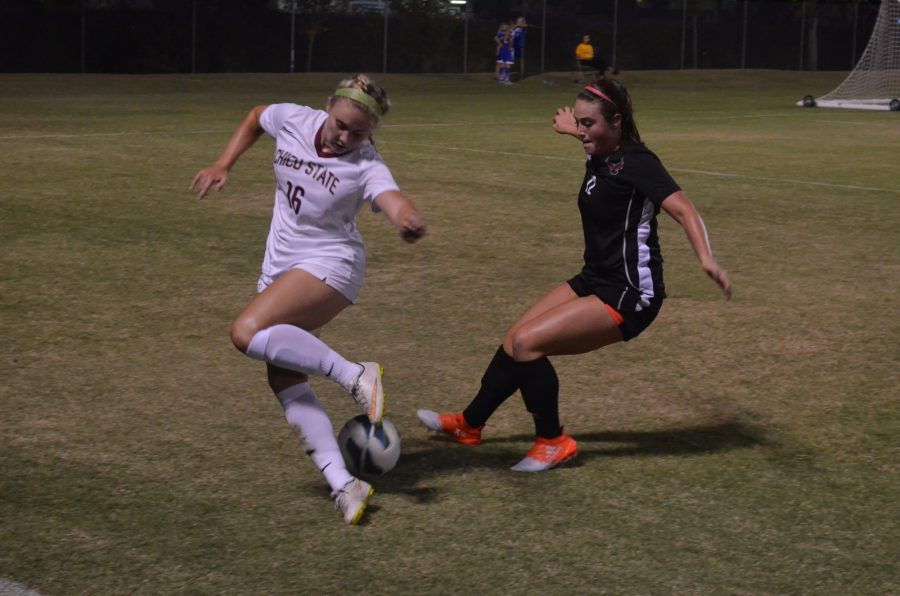 The Chico State women’s soccer team took on The Academy of Art Urban Knights on Sept. 11 on the ‘Cats home field, and won 5-0. The win increases Chico State’s streak to three, and their season record to 4-0-1.

Along with snagging the win, Chico State managed to keep their opponent shot less for the second game in a row. The ‘Cats did not perform this feat in any game last season.

Chico State gained control of the game early with a goal at the eight minute mark from first year forward Brielynn Tovani, the second goal of her college career. Sophomore forward Carlie Reader scored just eight minutes after, netting her first goal of the year, and giving the ‘Cats a 2-0 lead.

Sophomore defensive player Korie Bozart scored the final goal of the first half at the 22 minute mark. The goal came from midfield and was Bozart’s second goal of the season.

With a 3-0 lead coming into the second half, Chico State increased their offensive presence on the field by taking 18 shots. The ‘Cats had just seven shots in the first half.

After taking four shots in the game, sophomore forward Cailin Keenan scored the second goal of her collegiate career and first this season. The goal came at the 87 minute mark, and gave the ‘Cats a late 4-0 lead.

Senior midfielder Lindsey Dias scored the final goal of the game for the Chico State as the final minute wound down. With just eight seconds left in the game, Dias scored her first point of the season, to give the ‘Cats a 5-0 win over the Urban Knights.

Chico State returns to the field on Sept. 16 for the first game of CCAA play against the San Francisco State Gators.

Kenta McAfee can be reached at [email protected] or on Twitter @KentaMcAfee.