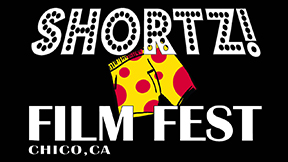 Local film aficionados are in for a treat when the fifth annual Shortz! Film Festival takes residency at the historic El Rey Theater Sept. 16-18.

What began in 2011 as an interactive method for local filmmakers to share their work with peers, family and friends have now flourished into an acclaimed event featuring films of any genre with running times of 40 minutes or less.

Last year, the festival featured over 60 independent films belonging to international, national and local filmmakers while an audience of over 300 indulged in the masterful creations.

The intimate and interactive atmosphere of the Shortz! Film Festival sets the event apart from others of its kind. Between each showing, audience members and filmmakers are given a 15-minute break to discuss the ins and outs of filmmaking, as well as provide immediate feedback regarding individual films. These short pictures also compete for recognition from an independent panel of judges along with audience voted accolades.

When asked what she enjoys most about the event, Co-Executive Director,and Founding Member, Renee Boyd divulged it’s the people who make the event so special.

“My favorite thing about the Shortz! Film Festival are the people,” said Boyd. “The filmmakers who work so hard to produce their work and who want to entertain, the audience who come to have fun and be entertained, and those business owners who believe in supporting an artistic, fun community event.”

In acknowledging the significant contributions made by all participants, Boyd noted that the Shortz! Film Festival wouldn’t be possible without the gracious support of their many sponsors.

Anyone planning to attend can expect nothing short of the ultimate motion picture experience. Guests will be given free popcorn on top of bargain ticket prices of $20 for a weekend pass or $10 per day. Tickets can be purchased online, or at the door. For more information surrounding the festival, visit the Shortz! Film Festival website.