The year of Harry Potter spin-offs 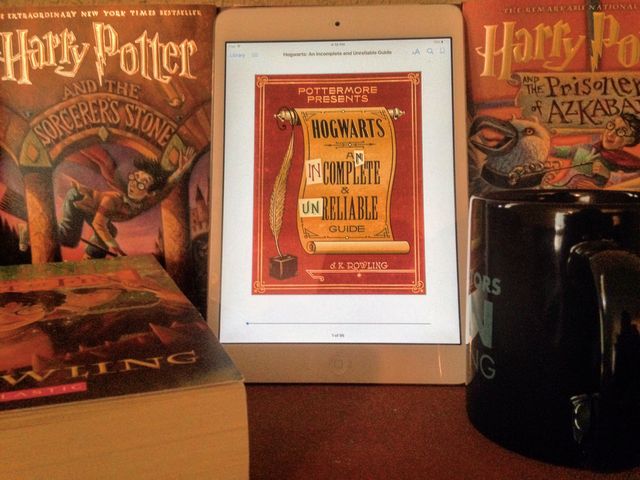 With each unique book exploring more magic than any muggle could handle, The Orion summoned three of its Harry Potter scholars to review these stories individually.

“Short Stories from Hogwarts of Power, Politics and Pesky Poltergeists”

If there is one thing made clear by this collection of stories, it is that nothing J.K. Rowling does is accidental.

From an outside perspective, Harry Potter may seem like just a kid’s story of a boy who goes to wizard school, but “Short Stories from Hogwarts of Power, Politics and Pesky Poltergeists” proved that the Potter universe is darker and more complex than it may seem.

Rowling’s profiles reveal that her kids story characters are guilty of lies, manipulation, torture and racism. Their history, inspiration and name origins are revealed, proving that every decision Rowling makes is meticulously and thoroughly researched.

Rowling’s world stretches beyond the seven year period that we all knew Potter to be a part of. She lists every Minister of Magic dating back to the 1700s, with the events of the magical world lining up with the real muggle world.

As a fan, this felt amazing. I forgot for a second that I was reading a work of fiction instead of a history textbook. I was reminded that my childhood obsession is still relevant to me as an adult.

That being said, this book is for the fans. Readers who only know Potter in the movies, or read the books once a long time ago will not enjoy the facts being thrown across the pages. Fans will enjoy this story that provides many answers, but at the same time opens a door for more questions to be asked as the Harry Potter universe continues to expand.

A school’s history might bore a person to death, but with her wizardly way of casting words into fantastic stories, J.K. Rowling makes “Hogwarts Incomplete and Unreliable Guide” into of the year’s best collection of short stories.

Structured in two parts for each chapter, more information than any potter fan would want to know about the wizarding school is revealed. Histories of Nearly Headless Nick and the sorting hat are delved into through the first part of a chapter, while the latter half serves as a minor memoir on how Rowling evolved ideas for the potter books. The second parts of those chapters keep anyone who is curious about writing glued to their tablet as Rowling explains her craft.

Rowling broke the ebook into eight less than ten page chapters, which shouldn’t take anyone more than a day to read. The fact book going by so fast due to it’s short length might disappoint some, but nevertheless will still be enjoyable for Potter fans. When the author explores and expands on the unknown parts of the potterverse, Hogwarts history becomes hard to put down.

With its sum parts combining to outweigh any minor flaw, “Hogwarts Incomplete and Unreliable Guide” has become an essential read for die hard fans and a joy for those still interested in the world of Harry Potter.

“Short Stories from Hogwarts of Heroism, Hardship and Dangerous Hobbies”

All Muggles who have spent hours aptly casting spells in hopes of receiving their letter of admittance to Hogwarts School of Witchcraft and Wizardry are in luck.

After a quick jaunt through J.K. Rowling’s 71 page ebook titled “Short Stories from Hogwarts of Heroism, Hardship and Dangerous Hobbies,” readers won’t be granted admission to the prestigious institution. However, they will realize their wizardly propinquity as Rowling divulges the intimate details surrounding the series’ most acclaimed personalities and illuminates the profound similarities between their lives and ours.

Throughout four character-specific chapters, Rowling delves into the lives of the beloved Minerva McGonagall and Remus Lupin, the private Sybill Trelawney and the obscure Silvanus Kettleburn. Each profile begins with a brief overview of the respective character including their birthdate, Hogwarts house, and wand composition. From there, readers embark on the chronological journey of their existence. These personal showings include revelations of childhood experiences and romantic encounters along with tales of unimaginable heartbreak and triumphant achievement.

Most rewardingly, J.K. Rowling bestows readers with an exclusive look into her own heart and mind, as the iconic author offers her personal thoughts to close each chapter. Whether discussing the irony of Minerva McGonagall’s name inspiration, or her fondness of Remus Lupin and his politically poignant sufferings, Rowling’s candor and compassion validate her immortality to all who have indulged in her work. Guaranteed to leave readers begging for more, this short story is an absolute must read for all true Harry Potter enthusiasts.

George Johnston, Elizabeth Helmer and Rylee Pedotti can be reached at [email protected] or @theorion_news on Twitter.