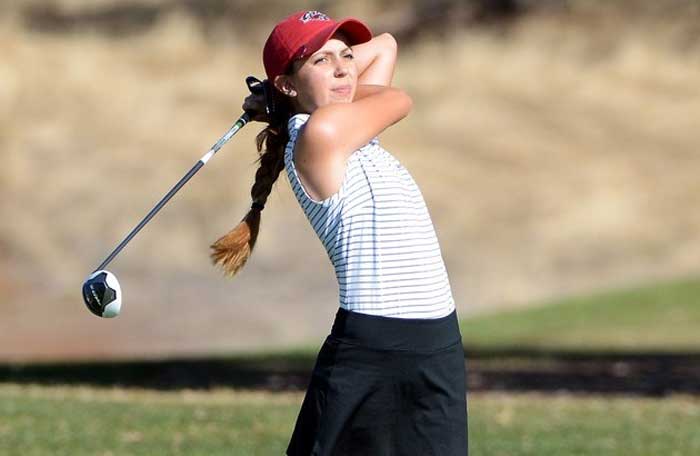 The Chico State women’s golf team opened up their season on Sept. 12 at the Art of Golf Classic in San Francisco and claimed third on the first day of the competition.

The team was lead by senior Bianca Armanini and sophomore Emily Rotter, who both tied for 11th with a 9-over par 81. Armanini capitalized on a pair of birdies to force her into the top 15, while Rotter played a consistent game at par.

The team collected four of the top 20 spots in the tournament in their first day of play, with Senior Abbey McGrew filling the third spot for the ‘Cats with 14th place. McGrew shot 10-over 82 and tied with five other golfers.

Sophomore Brittany O’Bryant finished the day with 11-over par 83 and earned 19th place and claimed a pair of birdies. First-year athlete Jax Sohl competed in her first competition as a Wildcat and placed 19th with an 11-over par 83.

The first-year student Madison Stephens also made her debut as a Wildcat by placing 30th with an 18-over par 90.

Kenta McAfee can be reached at [email protected], or on Twitter @KentaMcAfee.