Women’s soccer 0-2 in the CCAA 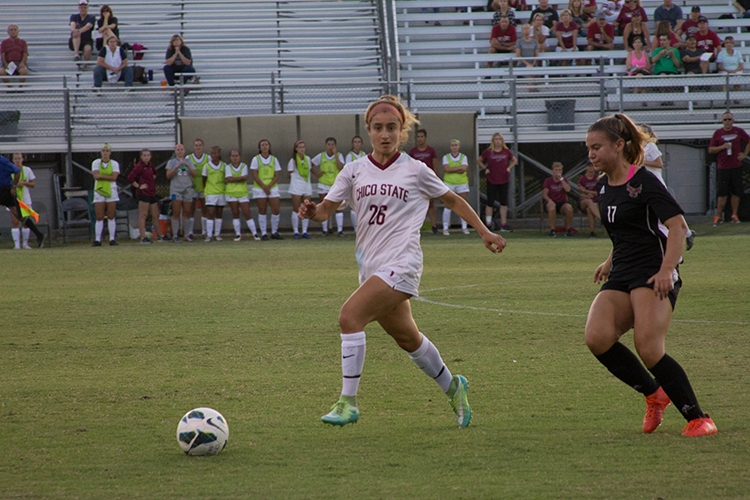 The loss brings the ‘Cats overall record to 4-2-1 and is the second game that Chico State has lost since starting their league play.

The Wildcats were dominant on offense in the first half, with 12 shots compared to one by the Otters. The Otters goalie made six saves in the half to prevent Chico State from scoring and was able to force a 0-0 tie in the half.

Chico State played aggressive offense in the first half but managed to avoid drawing fouls to turn over the ball. Despite the dominance the ‘Cats had in possession of the ball, the effectiveness of the Otters goalie made it difficult for Chico State to capitalize on their advantage.

The Wildcats attempted to break the scoreless streak by shooting at a higher volume in the second half, with 14 shots. The offensive bombardment was met by a strong defense, as the Otters goalie collected another six saves in the game.

As the ‘Cats took an offensive tactic, the Otters focused on being conservative with their shots, with just five in the game. Cal State Monterey Bay’s tactic proved to be more efficient, as they scored the first and only goal of the game with just their fourth attempted shot.

Chico State will return to the field on Sept. 23 against San Marcos and will attempt to earn their first CCAA victory.