Nick on the Green 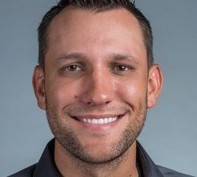 After the departure of men’s head golf coach TL Brown, the Chico State athletic program searched nationwide for a coach to replace him. The search ended across the hall from Brown, at the office of Nick Green, the head coach of women’s golf.

Green took over the women’s golf program in 2014 and served as an assistant coach for both men’s and women’s golf at Chico State. Green will lead both teams this season, but will leave behind his position as head coach of women’s golf to take over the men’s team.

The Orion sat down the Green to talk about accepting the position as the men’s head golf coach, and the difficulty of leading both teams, and leaving one behind.

Question: How did your coaching career at Chico State start?

Nick Green: I had a fifth year to finish school at Chico State and I had planned to be an assistant coach for my former head coach but he resigned after my senior year. Coach Brown came in and I met with him and found out that I really enjoyed coaching. I stayed in school to get my masters degree, and became the assistant coach for Women’s golf to help out with their program, and took over that position after three years. I ended up experiencing the coaching side for both teams, and I liked both of them a lot.

Question: How do you handle traveling with both teams?

NG: September has been really busy. We’ve been traveling with the women’s team to their events, and we leave 4:30 in the morning Sunday and come back on Tuesday probably around 11 at night. We get back and have to go out again for the back to back tournaments. The Fall season is such a condensed schedule that the traveling is expected. It’s gonna be constant moving around until October and then we’ll have more time to plan out how we can be more efficient in traveling.

Question: Do you look to certain players on the team to take over leadership positions when you aren’t there?

NG: I don’t have captains because anyone can lead. It’s all about how you carry yourself and how you act, but I do think the experienced players that we have are making sure we are doing what we need to during practices when I’m not around. I don’t designate leaders, it’s really an individual sport that leads into being on a team and is geared toward teamwork. Whether you’re a freshman or senior anyone can lead, and with the experienced players it’s about knowing what is expected of them and what they expect out of everyone else.

Question: Do you think that it’s a difficult transition for the men’s team to take on a new coach?

NG: I think it’s different. Everyone has been excited about having me on board and they have some familiarity with me because we are always at the same practices. I understand they had an idea of what they expected from their coach and they expected it to be coach Brown. I think we’re all going to get used to each other, and it’s not going to be better or worse or anything like that, but it’ll take some time to get used to.

Question: How do you think the women’s team will react to you leaving the program?

NG: I think it’s a little difficult for the women’s program. I’m going to do this for a year, but I’m going to end up leaving them after. That was the hardest part about deciding to apply and take the position. The good thing is I’m still going to be here and they have that opportunity to work with me and do all of that, but they’ll have someone else traveling with them and teaching them their own way during practice.”

Question: Do you want to continue leading both teams as the head golf coach?

NG: I don’t think its the most efficient way of running the program to have one coach between the two teams. It’s alright this year, I wanted my seniors to finish the program with me, but at the end of the day I think both programs should have their own coach to work with them more exclusively.

Kenta McAfee can be reached at [email protected] or on Twitter @KentaMcAfee.