Chico Tuition: A bargain compared to other schools 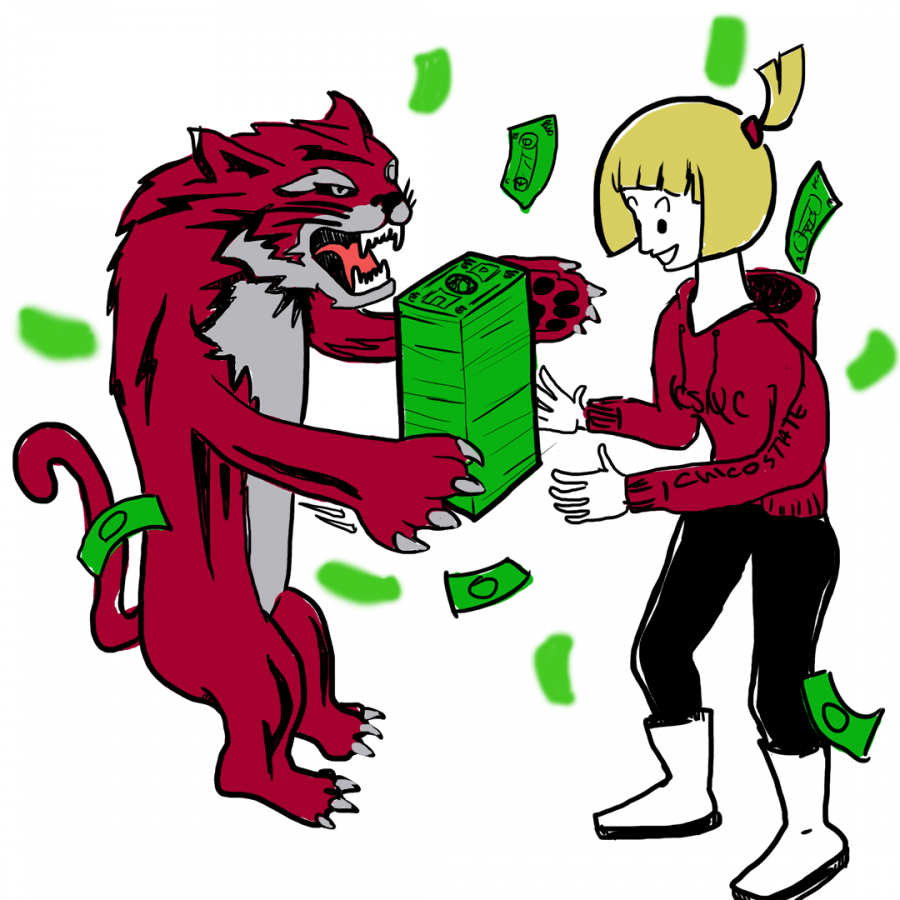 If there is one thing that most college students across the nation can agree upon, it’s that they hate the cost of tuition. Many students graduate with tens of thousands of dollars of debt, and tuition is the main source of that debt.

One important thing to note about college tuition is that it varies drastically from school to school. Most people understand that private schools and UCs are more expensive than state universities. Despite this, I still regularly hear people at Chico rant about tuition prices.

The reality is, Chico State is a cheap school to attend. Our tuition is a fraction of the cost of other schools and students here need to appreciate that.

Currently, it costs roughly $3,510 per semester to attend Chico State. While at first glance that may seem expensive, it is minuscule compared to some other schools. UC Davis is twice as much at $7,023 per semester. Additionally, private schools like Santa Clara, USF and Pepperdine all cost over $21,000 per semester.

According to College Board, the average cost of tuition for a four-year university in America is roughly $10,164 per semester. That amount is nearly triple the cost of Chico State.

The reason our tuition is so cheap is because the majority of our fees are paid for using tax dollars. The amount it actually costs to keep Chico State running is closer to the price of a private school, but we pay much less because of the government funding our school receives.

Our tuition, while very low in comparison, is still a large amount of money. I am aware that everyone comes from different economic backgrounds, and $3,510 a semester can be a huge financial burden. However, the CSUs are some of the most affordable four-year universities in the country, and that is something people seem to take for granted.

I oftentimes hear people complain about Chico State tuition as if the school is making a profit off them. In order for the school to make a profit, they would need to be charging significantly more. Running a university is not a cheap or easy task, and if it weren’t for the support we get from the taxpayers we would be paying a lot more.

Additionally, students get upset when the school spends money on “unnecessary” things. These purchases include campus beautification, new furniture, new buildings, updated technology, etc. Many students feel that money would be better spent in other areas, or credited back to them as a tuition decrease.

It is important to keep in mind that while the university tries to put its current students first, it needs to also think about the bigger picture. Things like landscaping, new buildings and fancy technology help our school stand out and be more desirable to incoming freshmen. If we never updated our furniture, didn’t plant any trees and built all of our buildings out of cinder block, would anyone want to go here?

Chico State is a beautiful school with well-respected academic programs. There are many private schools ranked lower than Chico that cost almost six times as much money. The fact that we are able to attend a university of this caliber for such a low cost is something I will always be grateful for.

Carson Predovich can be reached at [email protected] or @cpredo120 on Twitter.