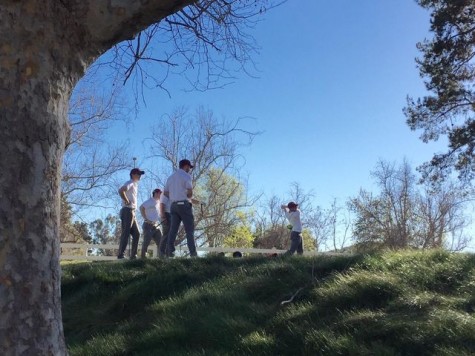 The Chico State men’s golf team finished the InterWest Insurance Wildcat Classic by tying for first with Western Washington University with a cumulative stroke total of 877.

It was Chico State in the end who won the tiebreaker with their consistent play, as their top four members had better rounds than the golfers at Western Washington.

Chico State’s success was spearheaded by sophomore Kelley Sullivan who finished in 6th place, with a final score of 1-over par 217. During Sullivan’s final round he shot a team-low 69 and finished 4 strokes under par.

Also cracking the top ten was senior Cole Chavez who tied for seventh with a stroke total of 218. First-year Chris Colla was the last on the ‘Cats roster to place in the top 10, by tying for 10th after shooting a first round score of 70. Although Colla did well in the tournament he was not a member of the ‘Cats five-man team.

Sophomore Jordan Oliver had a difficult third round with 79, after snagging a pair of 72s early in the tournament. Oliver finished tied for 31st with a stroke total of 223.

Junior Colby Dean also had problems in the tournament’s final round, as he carded a 76, adding two strokes to his game. Dean tied for 36th in the Classic. Coming in last on the Chico State roster was sophomore Serge Kiriluk who had a pair of 76s to end the tournament, and tied for 48th.

The ‘Cats return to the green on Oct. 17 at the Otter Invitational.

Jordan Jarrell can be reached at [email protected] or @ChicoOrionJJ on Twitter.