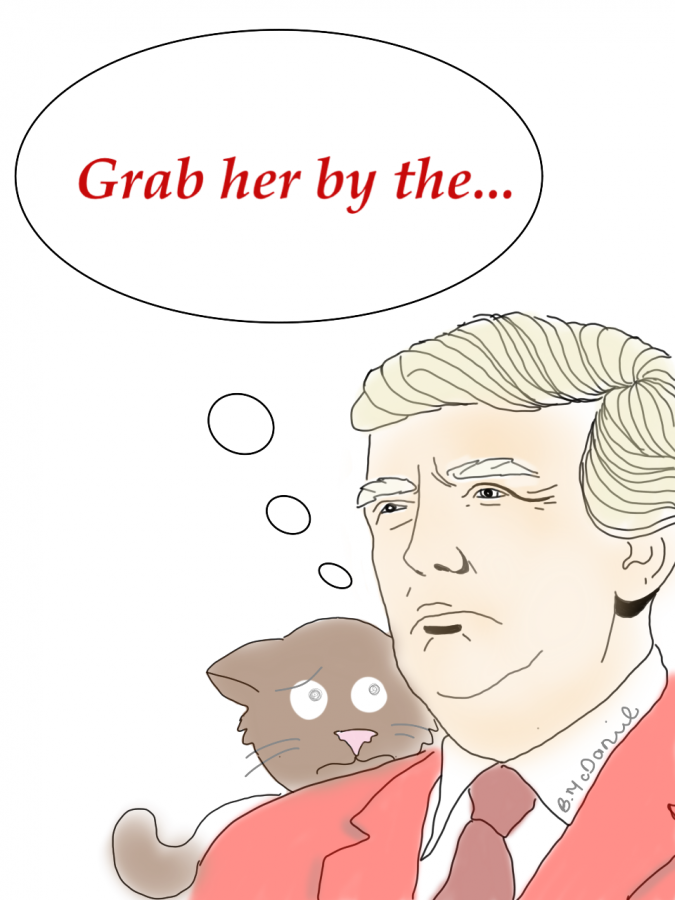 We live in a society that yearns for things to be black and white, to be able to organize and box everything simply in life, but this isn’t reality.

The reality is messy, complicated and surrounded by layers and layers of murky gray. Rape and sexual assault are no different.

In order to abolish rape culture people need to stop thinking of sexual assault as an event that only occurs in the dead of night when a woman is walking alone and a stranger jumps out from behind a bush then begins to violently penetrate her. That’s not all there is to it.

People seem to believe that Donald Trump’s comments that went viral last week aren’t problematic and are in fact a clear representation of sexual assault.

Hundreds of thousands of people have minimized his comments to simple “locker-room talk.”

As someone who was trapped in an elevator and in fact “grabbed by the pussy,” I have to hope with all my fibers that this isn’t what men and boys are discussing after a game of racquetball.

No person deserves to live with the fear that if someone sexually advances on them they can’t share their experience because it could be trivialized by peers and the media.

According to the Rape, Abuse and Incest National Network, an American gets raped every 109 seconds.

By the time a reader finishes this article, it’s likely two more people were victims of sexual assault. It’s also likely those same offenders will never see a day in jail.

For the most part, this comes from a lack of reporting. I never reported my assault.

Reasons for victims to not report vary. Whether it be from retaliation from their attacker, public shame, or in my case, the thoughts in the back of my brain that maybe it was partly my fault.

After all, I had been drinking, I was wearing a shorter dress. All my life when I had seen sexual assaults reported, people were always saying these factors contributed to getting assaulted.

How was I supposed to know these claims were so off base?

It wasn’t until I got to college and immersed myself in women’s studies classes that I learned no human has any right or control over my body without my full permission. Not even a rich and famous billionaire.

Though rape culture is all around us in our media and our politics, abolishing it isn’t impossible.

Since 1993, sexual assault has already been cut in half in America.

I believe this is due to people standing up and holding people accountable for their actions, their language and their “jokes.”

The best thing we can do to protect our citizens from the everlasting hurt and nightmares that come from sexual assault is to recognize its existence in all forms.

Instead of turning away from this problem and brushing it under the rug, people can’t be afraid to stand up and say, “This isn’t okay; none of this is okay and this person needs to be held accountable for their words and actions.”

I will never be ashamed to stand up to rape culture and sexual assault because no person should ever be shamed after a sexual assault and have their trauma be ignored.

So, Mr. Trump and all people who are saying his words don’t matter, you are wrong and they do.