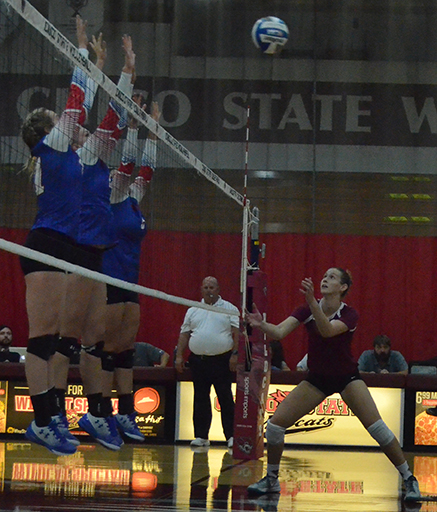 The team has not succeeded in having more than five sweeps in a conference season since 2013 when it earned seven.

The team’s offense was led by first-year outside hitter Kim Wright, who closed out the final two sets of the game. Wright had 13 kills and two aces in the game and scored her 30th assist of the season.

Although Chico State won the game, they committed more errors than the Gators and a weaker defensive effort with just three blocks. The Wildcats had a better offensive effort than San Francisco State with 13 more kills.

Along with its advantage in kills, the team also had nine aces in the game compared to the Gators three.

Danielle Pubill can be reached at [email protected] or @DaniellePubill1 on Twitter.