Throughout her life, Dr. Sara Cooper has held countless titles, including lifelong literary connoisseur and associate professor of Spanish and multicultural and gender studies at Chico State. Now, Cooper finds herself serving as co-founder and editor-in-chief of Cubanabooks– an award-winning, avant-garde publisher of literary works authored by Cuban women.

Cubanabooks stands alone as an inaugural thoroughfare for Cuba’s female authors, whose work would otherwise be caught in the undertow of unfair societal presumptions and a harsh economic embargo.

Although the muddled relationship between Cuba and the United States has begun to clear, books have yet to be added to the list of Cuban goods approved to enter commercial exchange. Niche markets for Cuban-American publishers promoting both left and right wing political agendas have long been prominent, but left a gaping hole in the market for impartial and fictional literary works.

However, It wasn’t until after Cooper forged a professional partnership with Cuban scholar and author, Mirta Yáñez, that she realized the true need for Cuban literature in the United States.

In an effort to secure Cuban literature for use in her classroom, Cooper translated Yáñez’s work to English, which she then pitched to American publishers. Cooper was met with a myriad of cynicism and doubt when publishers repeatedly turned away the book for fear of lack of interest or financial ramifications.

“It would reach the final stages of review, but then it was, ‘Cuba is so complicated,’ or ‘There’s no real established market for writers still living on the island; we don’t know that we can sell enough copies of this,'” recalled Cooper. “At any rate, we–Mirta and I–decided we would found a press to get the work of Cuban women out in the United States.” 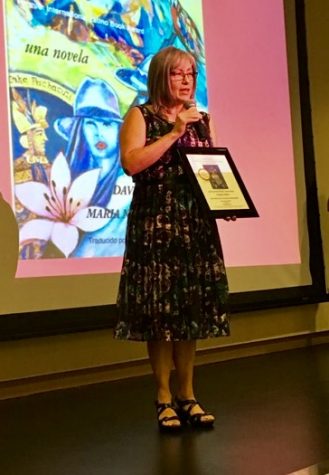 With eight books published and five more on the way, Cubanabooks has found steady success since its birth as a non-profit publisher in 2010.

In early September, the boutique publisher, still overseen by Cooper and Yáñez, earned global prestige as the winner of five awards at the 2016 International Latino Book Awards.

“It is validation that we’re doing the right thing, we’re doing a good job,” beamed Cooper in response to the accolades. “These authors deserve the readership, they deserve the attention. This is not something we’re making up.”

The recognition honors the authors, as well as the individuals, who have worked tirelessly to ensure Cubanabooks’ success. Among them are a team of translators, editors, designers and interns, including Chico State alumni as well 14 interns, all of whom are current students.

Cooper notes that the ILBA’s support will prove instrumental in the future direction of Cubanabooks, “It’s the second big leap that we’ve had. We’re all of a sudden in more of a national spotlight.”

Looking ahead, Cooper hopes to foster the growth of Cubanabooks while devoting more of her time to her students’ direct relationship with the press. Once retired, she will turn her full attention toward the project.

All books published by Cubanabooks are available for purchase on its website and Amazon.