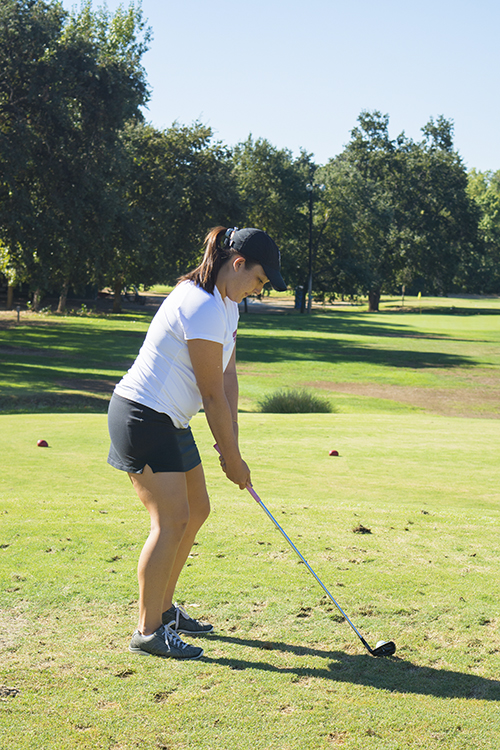 Grueling practices in the rain and fierce wind that deter shots plague the Chico State athletes in the fall and winter.

Although there weren’t any games that were rained out this season at Chico State, each athletic team practiced in both rain and shine this year.

Senior women’s golfer Bianca Armanini has been on the team for four years and understands the difficulty of competing in the rain.

“If it’s muddy in the fairway then it’s easier to chunk your shot or hit a bad shot,” Armanini said.

While it rarely rains during golf season, the few downpours they do experience can be terrifying, according to Armanini.

“My coach still makes us go out there unless there is thunder and lighting because we are wailing around metal sticks,” Armanini said.

While some athletes are against competing in the rain, junior Javone Bradford on the men’s track and field team said he enjoys it because of the challenge it presents.

“Sometimes it’s nice to be able to get out in the rain and run for about 30 minutes,” Bradford said. “You get to just focus on what you’re doing and test yourself, you see how far you can go.”

The track and field team rarely competes in the rain, but the dedication to practice is what drives it to win, according to Bradford.

“We don’t really think about the fact that it’s raining, we focus in on the practice and what we take from it,” he said.

The ability to dedicate their time to practice rather than complain about the rain is what leads the athletes on the track and field team to success, according to Bradford.

While Bradford was able to cancel out the rain through his focus on practice, senior forward Rajaee DeLane said it was a different experience.

“When you’re on the field sliding around on the grass, it can be hard to stay balanced and keep focus,” DeLane said.

Although there weren’t any soccer matches rained out this season, there were several times that the field had to be dried for a game.

When playing on a wet field, DeLane said that there are precautions he takes before hand to make sure he avoids injuries.

“You can get hurt if you’re not slide tackling right, or you slip on a certain area that wasn’t dried right,” DeLane said. “We want to play like we’re used to, but you have to adapt to the field.”

Despite the downpour over Chico, the athletic team’s use the rain to test their mettle and become versatile on any terrain.

Lexi Hoedt can be reached at [email protected] or @theorion_sports on Twitter.