President Trump will be good for Americans 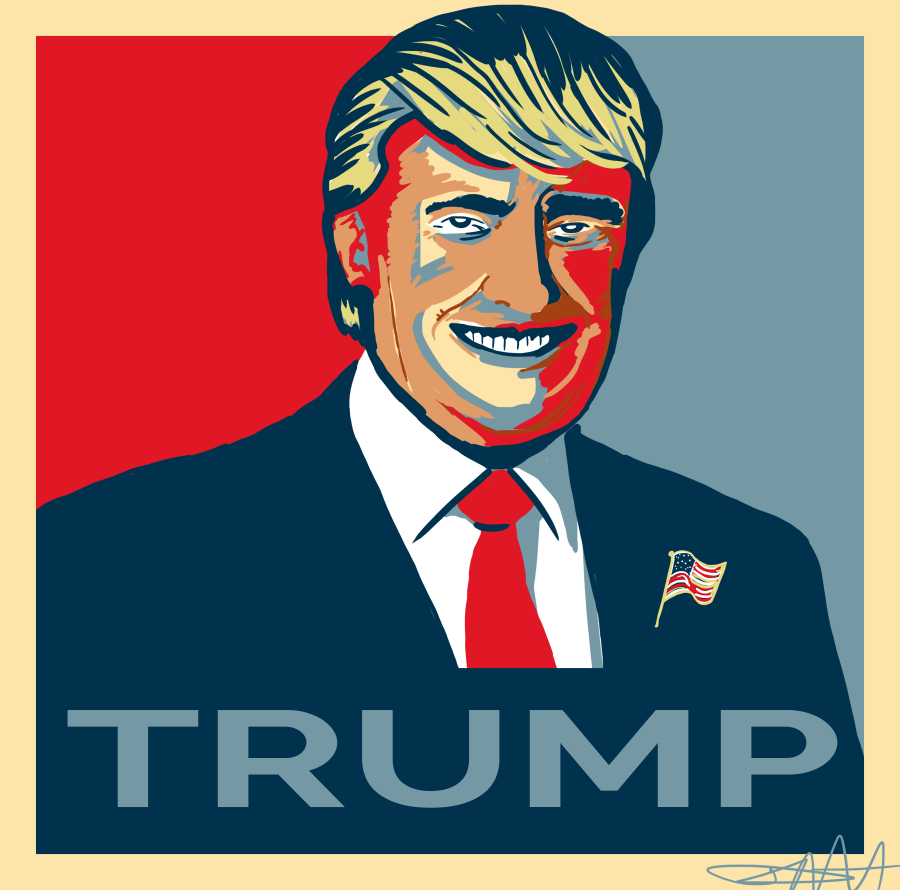 Editors note: This article is a response to Land of the free has grim future under Trump

Yes, I voted for Donald Trump. No, I’m not a racist, sexist, xenophobe and neither are most of Trump’s voters.

Before this election started last year I tried my best to keep away from politics. But I care deeply about what’s true, and this notion that Trump or people who voted for him are inherently racist and sexist simply isn’t true.

When anyone talks about the establishment they are typically referring to the elite Politicians, arrogant celebrities, dishonest media and big political donors that historically don’t show any sincere concern for the common American. People have real problems, and the establishment has avoided them and only focused on nuance, distracting soundbites and irrelevant personal attacks.

We have the lowest labor participation rate since the 70s, the lowest home ownership rate in over 50 years, 46 million people living on food stamps and 45 million people living in poverty. 1 in 5 families don’t have anyone in the workforce, we now have more than 20 trillion dollars in debt, and the real unemployment rate is close to 10 percent. Obamacare is not all it was hyped up to be, with rising premiums and absurd deductibles.

No one would try to defend some of the comments Trump has made, and any rational person should condemn him for never putting a filter on. But the Trump voter is sick of hearing about these quotes, they just want a job. People are sick of watching 30-second clips of politicians making fools of themselves, they just want better living conditions. People are sick of celebrities acting like they have wisdom unattainable by average citizens, they can figure out for themselves what’s important. The average American is sick of politicians only caring about their vote and not about them.

We finally have a President who can’t be bought, bribed, coerced and whose motto is, “I’m with you”. I recommend everyone go watch Trump’s acceptance speech because he emphasizes two key things; moving forward we need to focus on unity, and we need to take care of every American. Yes, every American.

For anyone who is worried about what Trump will do with marginalized groups, your worry has been dearly noted and I will confidently say that it is misplaced. Trump does not hate Mexicans, he just doesn’t want people here illegally. Trump does not hate Muslims, he simply wants to make sure we have a strong vetting process. I have no idea where people get the idea that Trump is against LGBTQ groups, but the truth is that he is on the record for supporting their rights, and has even extended an invite to Caitlyn Jenner to use whichever bathroom she wants at Trump Tower.

People have no need to worry about how Trump will work with foreign entities. Trump has already spoken alongside Mexico’s president Enrique Pena about controlling the border and working as allies. Vladimir Putin has already come out and said that he hopes America and Russia can restore their relationship. And just recently Canada’s Prime Minister has announced he’s ready to renegotiate NAFTA.

Some of Trump’s key issues he wants to focus on are creating jobs by lowering taxes and being harsher on trade deals, rebuilding our infrastructure, reforming veteran’s affairs and cutting small business regulations and providing incentives for job creation. He wants to reform healthcare by repealing and replacing Obamacare with something that works for everyone, become energy independent while protecting clean air and water, stop the federal education system and let local communities conduct their education and much more. You can look at all of Trump’s proposals right on his website. Not one of them is discriminatory or prejudice regardless what you have heard.

The establishment is completely wrong as to what is happening in America. The same pundits who said Trump would never get the nomination, the same ones that said he had no chance of winning the presidency are the same ones who claim that Trump voters have inherent prejudices. They were wrong about his presidential race, they are wrong about the people who voted for him and I am confident that they will be wrong about his time in office.

Editor’s note: The comment section is for open discussion only and is not intended to be used to degrade the author’s opinion.

Jeff Guzman can be reached at [email protected] or @theorion_news on Twitter.