Land of the free has a grim future under Trump 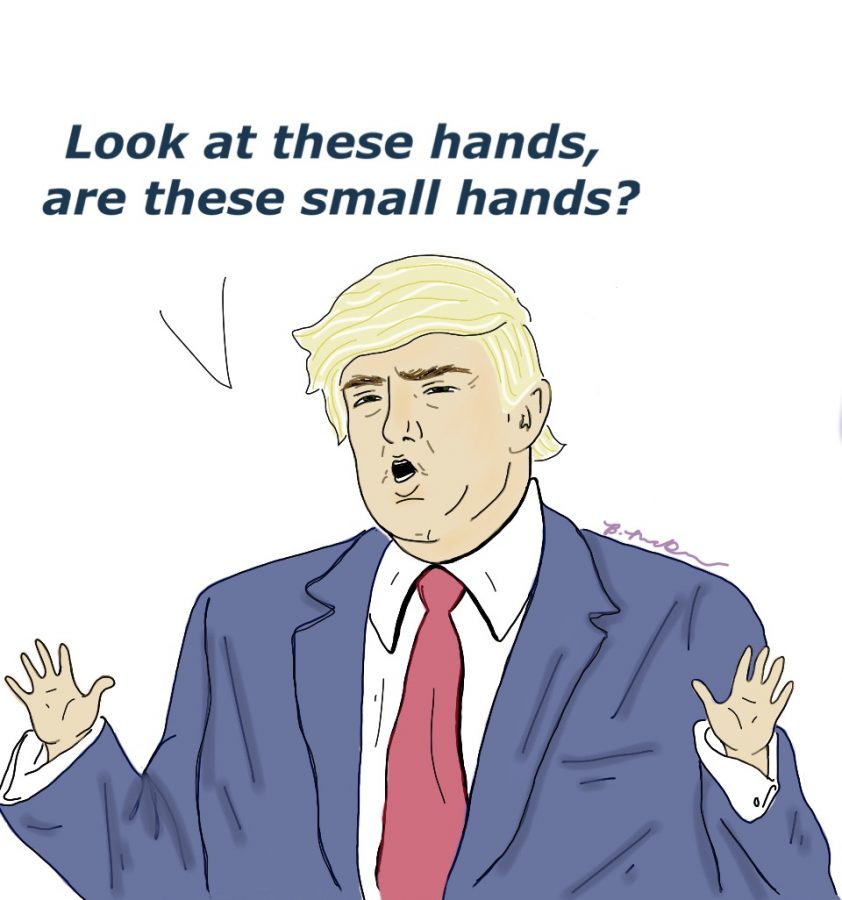 Editors note: This article is a response to President Trump will be good for Americans

Come Jan. 20, Donald Trump will be president of the United States.

Though there is nothing anyone can do to change that fact, it’s important to be educated on what could happen under his executive order.

A Trump presidency could be detrimental.

After a strenuous battle, citizens were finally able to register under the Affordable Care Act and according to a Commonwealth study only 8.9 percent of the nation was uninsured as of July, an all-time low.

Trump has campaigned under the sentiment that he will absolutely repeal and replace the act and with a majority Republican congress, it’s feasible.

The new president-elect plans for healthcare reform including legalizing the sale of insurance across state lines, thus increasing competition. This would increase the costs of individual health care.

Specifically for the 91 percent of women that are on birth control, the prospect of losing ACA is frightening. Trump once voiced that he is against prescriptions for birth control but over the counter could be unaffordable for many.

Unfortunately for the nearly 20 million people under ACA, there isn’t a replacement plan proposed yet and that is worrisome. If the law is repealed or even edited, Commonwealth study showed the individual cost of health care will increase by nearly $1,000 and the national deficit will increase as well.

Long-term projections suggest that our economy is heading for something scary under Trump’s executive position.

Trump promised his voters a 4 percent growth under his tax plan. This is double our current rate and unrealistic for an eight-year term, let alone a four-year term.

According to an article by Time magazine, researchers note that there is little chance of tax cuts without spending cuts. This was proven by the 2003 tax cuts imposed by George Bush. Friendly reminder that immediately following Bush’s term we had the worst economic crash in history.

Trump’s tax plan could also cost the United States $7 trillion in the next ten years.

The Trump administration has promised over and over again to bring jobs back to America but in alliance with his overall fiscal plan, the dollar will soar and American manufacturers will really struggle to stay afloat and compensate for this.

It’s no secret Trump wants immigrants gone. By deporting 11 million laborers, the United States will be losing nearly 5 percent of the workforce that do jobs that many Americans refuse to.

Oh, yeah. College students you should kiss your FAFSA goodbye because Trump wants that gone.

This is the scariest thought about a Trump presidency. Earlier in the year, Trump said that Global Warming was an idea made up by the Chinese to “make U.S. manufacturing non-competitive.”

The idea that our environment isn’t a priority is a common thought across the right.

Trump already hired an anti-climate change head of the EPA transition team, he has said numerous times that he plans to abolish The Clean Air Act and save the coal industry.

This man is a champion of men and women who are inherently racist, sexist and Islamophobic.

His comments about minority groups have made it seem to the white American public that their feelings and actions of racism and prejudice are justified.

Reports of hate crimes have sky-rocketed since Tuesday.

On Wednesday morning a man approached me and said, “I’m so happy that your bitchy kind won’t be in the White House.”

My Latina classmate from Los Angeles was told: “to go back to where she came from.”

People say we should judge a Trump presidency because “he hurts our feelings.”

However, this man has told women who serve probably will get sexually assaulted. He called Mexicans rapists and shamed a Muslim family who lost their son at war.

He isn’t a just a man who isn’t afraid to speak his mind. He is a bully and millions of people are actually scared for their safety. You can’t undermine that.

Unfortunately, we can’t change the vote. However as my biology teacher expressed,

Keep fighting, friends. We will survive.