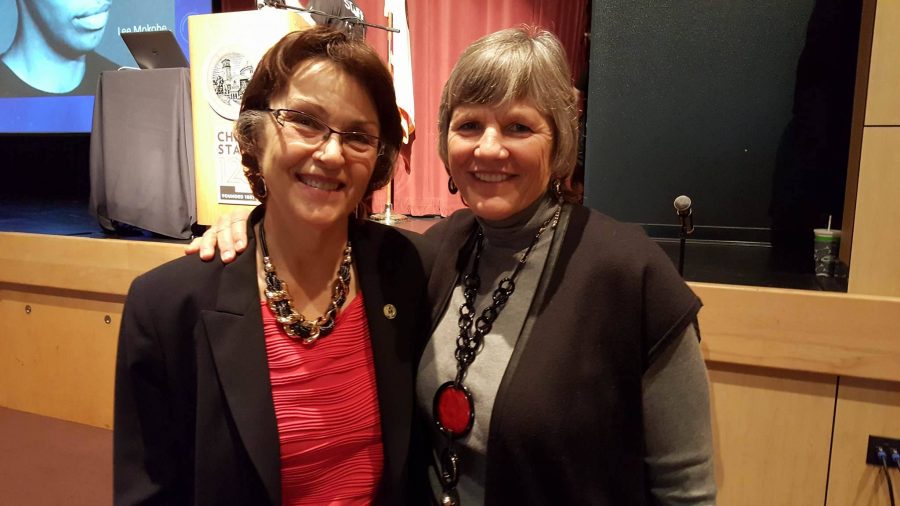 Hutchinson, the first openly gay president of a California State University campus, spoke about her experiences growing up as a member of the queer community during a tumultuous period.

“Identity is influenced by community and community is shaped by individual identities,” Hutchinson said.

She reflected on several landmarks of queer history which occurred during her lifetime, including the Stonewall Riots and the first Pride march in Massachusetts.

She also told her own coming out story, revealing that her identity was not accepted by her parents for many years. She used her personal struggles to highlight the need for community among LGBTQ individuals and allies.

“In times of uncertainty, progressive acts may be slowed or stalled, but progress remains constant,” she said.

Lucas Moran can be reached at [email protected] or @lucasmoran141 on Twitter.