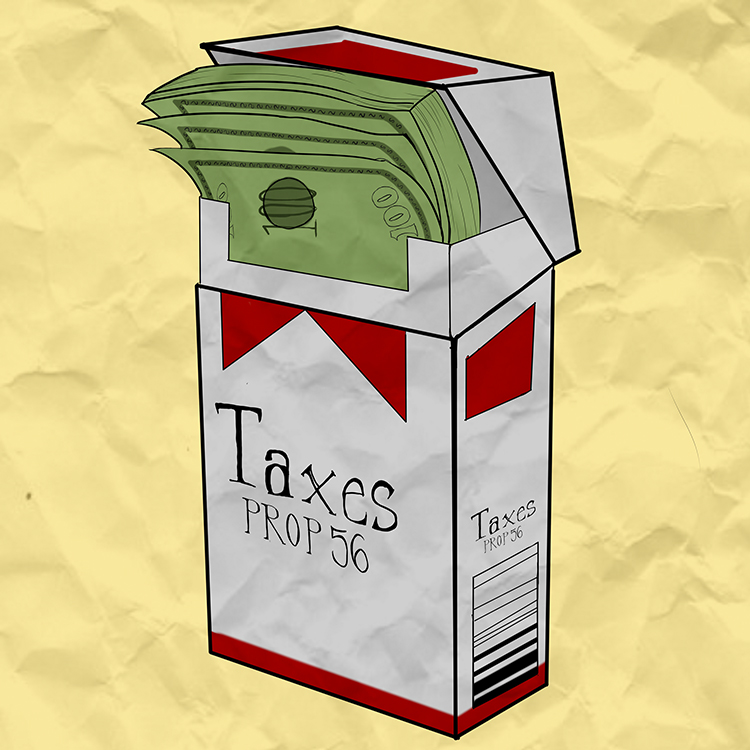 Growing up inhaling cigarette smoke on a daily basis definitely wasn’t a highlight of my childhood.

With the recent passing of Proposition 56, there is hope for future generations to no longer be forced to endure the second-hand abuse to their lungs.

This proposition increased the tax on tobacco in California from $0.87 to a whopping $2.87 per pack of cigarettes. That’s about a 100-pack of an index card or that desperately needed snack between consecutive classes.

According to statistics from the Center for Disease Control and Prevention, 99 percent of smokers tried their first cigarette by age 26. With these stats, a majority of Chico State smokers would most likely pick up this nasty habit before or during their college career.

This is expected to change drastically with the new tobacco tax enacted. With buying weekly groceries, paying rent and indulging in that night out, a college kid’s budget has no room for a pricey box of cancer sticks.

With all the anti-smoking ads in place, there has already been a consistent decrease in smoking.

Whether it’s the thought of having a massive hole in your throat, or the fact that you’ll have to pay an extra two bucks, smoking cigarettes should not be on anyone’s agenda.

The majority of current smokers desire to quit. Optimistically, this tobacco tax will provide the needed justification to finally retire the regular smoke breaks. Parents will no longer have to miss out on their child’s championship soccer game or cause them to miss it by having an asthma attack.

As an educated young adult, think before you smoke. Smoking cigarettes aren’t just affecting one person but everyone around them. As a casualty to secondhand smoke, I am thankful proposition 56 was passed.

Sophia Robledo-Borowy can be reached at [email protected] or @TheOrion_News on Twitter.