California stuck in state of emergency 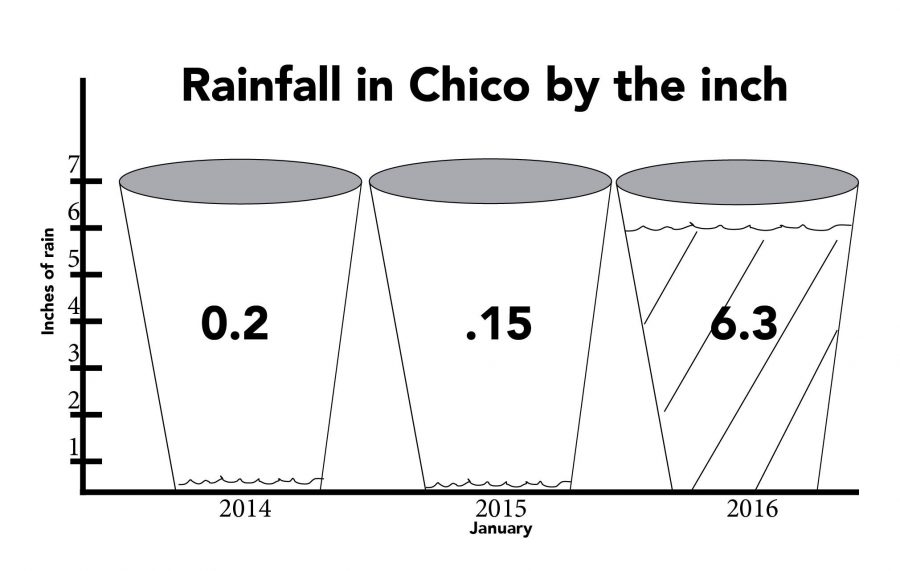 For over three years, California has been at a standstill because of widespread drought.

California Governor Jerry Brown declared a state of emergency Jan. 17, 2014, due to lack of rainfall and soaring temperatures. It has yet to be lifted.

While the drought began in late 2011, it was 2014 that was California’s warmest year on record. This caused a mandatory 25 percent water restriction that was placed in 2015.

Although the rain increase has brought talk of the end of the drought, it won’t be over for another few years without the comeback of wells, which supplies 30 percent of California’s urban and agricultural water supplies.

Due to the on-going drought and absence of surface water, reliance of groundwater has become high.

On Feb. 2 the Sierra Nevada range snowpack contained 28.1 inches of snow water. This was an increase from Jan. 3 when only 6 inches were found. The average measurement of the pack is 18.4 inches, and its increase will help supply California over 30 percent of their water needs.

The snowpack will help rejuvenate California’s lack of ground and surface water according to tVickie Newlin, assistant director of Butte County Water and Resource Conservation.

“The snowpack generally is our resource up here. It leads down to tributaries, reservoirs and aquifers,” Newlin said.

Ever-growing snowpacks and rain helped bring 30 percent of California emerge from the five-year drought. Northern California has seen the biggest increase in precipitation and improvements from the drought as of 2016.

“Part of California is not in a heavy drought and conditions are improving, but the other part is still experiencing it,” Newlin said.

But Chico has seen the effects of improving drought conditions and rain influxes.

In January 2012, before dropping to a low of 1.09 inches the following year, Chico saw above average precipitation at 5.07 inches. Over the next few years, Chico experienced decreases in rainfall, dropping as low as 0.2 inches in January of 2014 and 0.15 in the January of 2015.

Following the “dry years,” Chico saw a surge in rainfall. It was January 2016, Chico experienced the most rain at 6.3 inches, compared to those of the past.

“It’s hard to predict future years,” Newlin said. “We are grateful for the conditions of rain and snow we’ve been getting.”