Wildcats starting with a bang 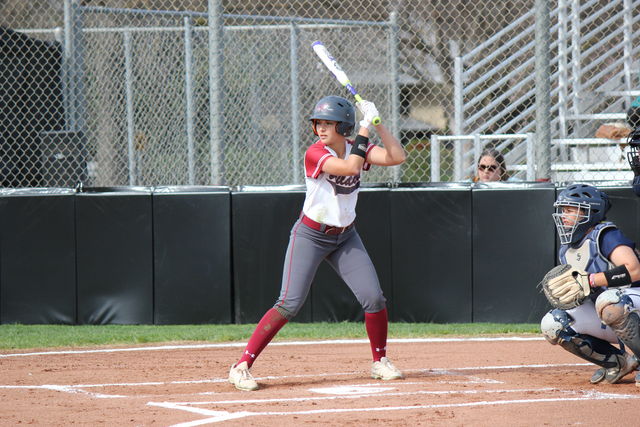 The Chico State softball team began the 2017 with two home runs in the 3-2 win against Augustana University in the opening game of the Desert Springer Tournament Friday. The win was also the first-time Chico State has participated in the tournament.

The game was one of two on schedule for the Wildcats, despite the game at hand the team came out focused and ready to earn the win.

The game began with shortstop Cailin Garmon’s bunt single down the third base. From here, Garmon would steal both, second and third base, before center fielder Kristin Worley struck out swinging. Garmon would score an unearned run on a passed ball.

The ‘Cats would then go on to hit two home runs that would ultimately decide the game. The first home run came in the second inning when designated hitter Claire Wayne hit one down the left field line. The second came in the sixth inning thanks to right fielder Ari Marsh, the game at that point was 2-1 after Augustana scored in the top of the inning.

The Wildcats starting pitcher Haley Gilham pitched a complete game while striking out four batters and walking one.

The Augustana University Vikings would not go down without a fight as they managed to keep the game close and never let the ‘Cats get out too far ahead.

During the sixth inning, the Vikings would cut Chico’s then 2-0 with left fielder Samantha Eisenreich’s RBI ground out. First basemen Kaylea Schorr scored the run after she singled to begin the inning. The Vikings only other run of the game came in the final inning thanks designated hitter Shannon Pickett’s RBI single.

Carlos Islas can be reached at [email protected] or @cIslasreports on Twitter.