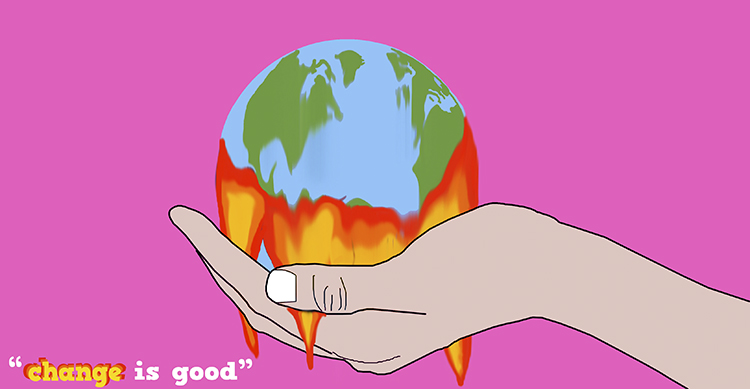 The theory that humans have created climate change was once considered a hippie ideology with no scientific evidence to offer support.

Today the thought is less than radical. It is supported by undeniable contributing factors that have led even the least intellectual of humans to rethink the impact we have on the environment.

Scientists have concluded that burning fossil fuels such as coal, oil and natural gas are just a few of the causes of the rise in greenhouse emissions. Although these elements are services to our daily lives, these factors will eventually result in severe weather changes, rising sea levels and food shortages.

Even those with a low understanding of the most basic of scientific principles can conclude that this will result in a very different state of living than what we have today. A very uncomfortable, if not uninhabitable, world will begin to form.

Still, some choose to be “skeptical about the need for urgent action on climate change.” That was a statement made by the new leader of the Environmental Protection Agency.

The deplorable fact that the U.S. emits the highest number of carbon emissions per capita and that we are among the least concerned about climate change and its potential impacts. This is completely ethnocentric and honestly embarrassing.

Only 20 percent of Republicans in the U.S. believe that climate change is a potential threat.

This is not to say that all conservatives think global warming is a hoax. Although not all hold that belief, President Donald Trump does. Our leader wants to increase production of oil, gas and coal despite former President Obama’s efforts to limit greenhouse emissions.

It is not a matter of whether or not someone stands behind global warming. It is however, a matter of when and how each individual will be impacted and if they choose to do anything about it. Global Warming isn’t Santa Claus. It’s not going to go away because people don’t believe in it. It is real, and we are already facing consequences. And sorry, Republican politician Scott Pruitt, but the lefters’ children aren’t going to be the only ones who have to suffer through the long-term effects.

“The previous administration placed restrictions on energy producers that affected their market and as a result there was less to invest in clean energy,” according to the Chico State Republican Club.

From 2010 to 2015, the U.S. invested more than $11 billion in clean energy finance. President Trump hopes to eliminate all barriers to responsible energy production that the Obama Administration executed.

Lee Altier, a professor of horticulture at Chico State, said he felt uneasy about the lack of concern in our country.

“We need to do something about it now. We are running out of time,” Altier said.

Not only is the citizens’ lack of concern on the topic naive, it is selfish. Nothing is going to change except the weather unless President Trump and his supporters see climate change as a national security threat. If majority of Americans do not get over their love for lifted trucks and bacon burgers, we will have to go without resources sooner than we think.

Nicole Henson can be reached at [email protected] or @theorion_news on Twitter.