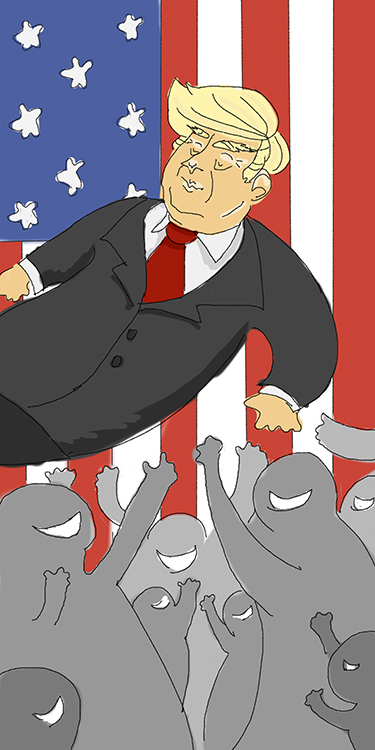 Donald Trump is our president, whether we like it or not. Wanting him to fail is not in our best interest.

Those blinded by their hatred for Trump either don’t want to look for factual information on some of his good ideas or are choosing to turn a blind eye. Even when people acknowledge that he brings a new view on current issues, they’re too riddled with doubt and reluctance to accept him.

I can’t say that I am all that surprised, as these are the same people who praise free speech for everyone unless they have differing ideas. With his current ban on seven Islamic countries, there is already an attempt to impeach the Trump administration.

President Trump does not want Muslims in America putting their name on a registry. He wants Muslims from countries with high terrorist activity, to go through a vetting system, based on intelligence provided by former Presidents George W. Bush and Barrack Obama.

There is no evidence to prove he sees Muslims as criminals or that this ban is an act of malice towards Muslims. People often forget he is not the first person to use an executive order. Former presidents have already collected this data.

People need to focus on the bigger picture and forget Buzzfeed. President Trump does plan to help American citizens.

Of all the false claims about him, Trump’s stance on health care stands out the most. He doesn’t want to take away health insurance. He wants to fix Obamacare.

Ultimately, I would just like to see more rational criticism and critical thinking from people. If he fails, we go down with him. George W. Bush failed, and so did our economy.

For the betterment of our future, we should want him to succeed and hope his policies bring us a better life. I doubt they will, but it’s the best thing for us to do.